24KGoldn Net Worth: How Rich is the Rapper Actually? 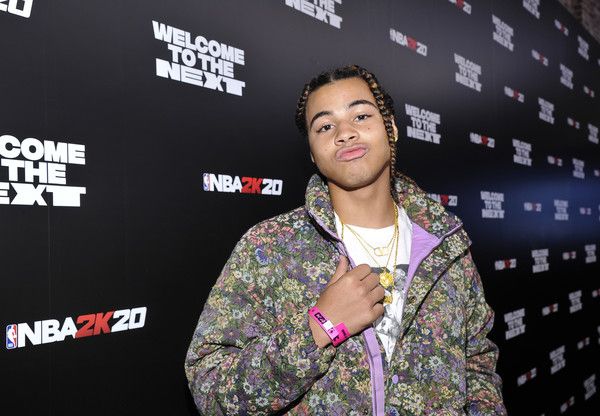 Golden Landis Von Jones known by his stage name as 24KGoldn is an American rapper from California. He is best known for his hit single “Valentino” and “Mood”. As of 2020, 24KGoldn net worth is estimated to be roughly $500,000.

Von Jones was born on November 13, 2000, in San Francisco, California to Jewish mother Kimberly Landis, and a black, Catholic father. He also has a sister named Sage. Regarding his education, he went to the University of Southern California where he did major in business.

24KGoldn started singing while he was attending middle school. He started rapping and freestyling with his friends when he was 14 years old. His career in rap started in early 2016 after he started uploading his music on SoundCloud. Some of his early songs includes “Plug Line” and “iPhone”. Over the next two years, he tried to release mark his name in the music industry.

His first music video “Trappers Anthem” was released in 2017. In 2018, he released his hit single “Ballin’ Like Shareef” which was actually inspired by Shaquille O’Neal’s son. The song became viral and within a year, it was streamed over 300,000 times on SoundCloud and Spotify. After listening to his rap, producer Barry Weiss was impressed and signed 24KGoldn to his Records LLC.

24KGoldn’s biggest hit “Valentino” was released in January 2019. The song received over 100 million plays on Spotify. In November 2019, he released his debut EP titled “Dropped Outta College” and in the same month, he signed a record deal with Records, LLC and Columbia Records.

Related Posts  Blueface Net Worth: How Rich is the Blueface Actually?

On March 31, 2020, he gained further recognition with the single “City of Angels”. On May 20, he was featured on the remix of Olivia O’Brien’s single “Josslyn”. In July 2020, he released the single “Mood” featuring rapper Iann Dior. The song topped the Billboard Hot 100 and became the highest-charting song of his career.

John Gabbana Net Worth: How Rich is Boonk Gang Actually?