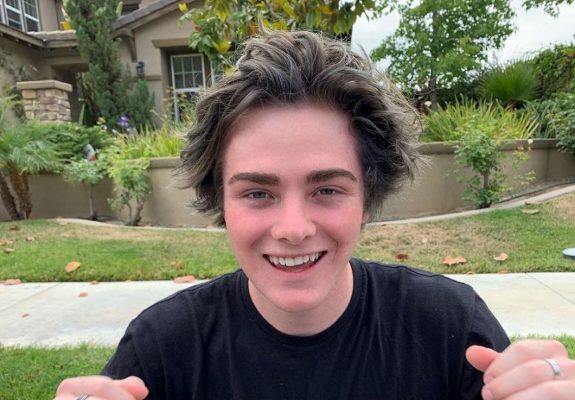 Alex Warren is an American social media star who is popular on both TikTok and YouTube. He is known for uploading comedy vlogs, stunt, and skateboarding videos. As of 2020, Alex Warren net worth is estimated to be $1.5 million.

Alex Warren was born on September 18, 2000, in Carlsbad, California. He lost his father to cancer when he was 9 years old. He has two siblings named Ashley and Grant in his family. We don’t have any information available on her mother currently.

Alex became active on social media as early as May of 2015. His first content to share on Instagram was related to skateboarding. He is mainly known for his TikTok videos where he shares comedy skits, stunts, and lip-sync videos. His TikTok account now has over 11.2 million followers while his videos have been liked over 495 million times.

In addition to TikTok, he also runs a YouTube channel where he has over 1.3 million subscribers. He has collaborated with several social media influencers like Chase Hudson, Charli D’Amelio, Dixie D’Amelio on his YouTube videos.

Some of the popular uploads are: “Caught My Best Friends Doing This”, “He Confessed His Feelings For Her!!”, “They’ve Never Done This On Camera”, “They Kissed for the First Time”. All of these videos have over 5 million views. Warren created his YouTube channel back in 2014 and since then his channel has received over 143 million views. He is also popular on Instagram with more than 1.3 million followers.

Warren is a part of a collaborative group “Hype House”. The group was first created by Thomas Petrou and Chase Hudson. Some of the stars that are part of this group are Addison Rae, Chase Hudson, Avani Gregg, Tony Lopez, Ondreaz Lopez, Nick Austin, Calvin Goldby, Connor Yates, Wyatt Xavier, Patrick Huston, and Olivia Ponton.

Regarding his relationship status, he is currently in a relationship with fellow social media star Kouvr Annon. She is a travel fanatic and posts a blend of modeling, travel, and promotional content on her Instagram account.

Alex Warren stands at a height of 5 feet 9 inches or 175 cm tall and weighs around 70 kg or 154 pounds. His chest size, waist size, and biceps size are not available at the moment. Meanwhile, his hair color and eye color are both light brown.

As of 2020, Alex Warren net worth is estimated to be around $1.5 million. He earns mainly from sponsorships and endorsements from several brands. According to Socialblade, Warren earns $105K-$1.7million annually or $8.8K-$140.4K from YouTube monetization only. In addition to that, he also has online merchandise where he sells hoodies and T-shirts.

Mark Anastasio Net Worth 2020: 5 Interesting Facts You Should Know