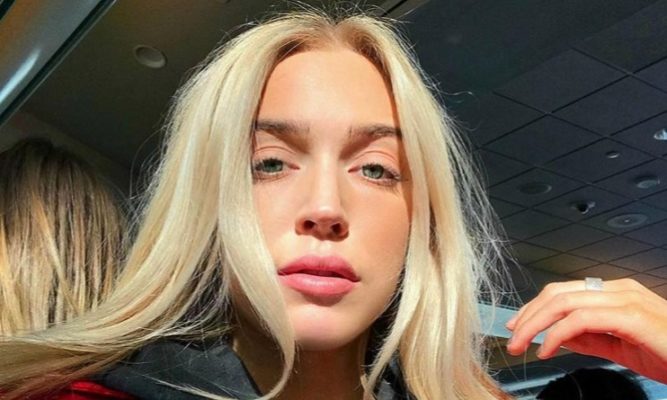 Alexandra Cooper is an American radio host, blogger, and vlogger. She is best known for running the famous podcast “Call Her Daddy” on Barstool Sports. As of 2020, Alexandra Cooper net worth is estimated to be $1.2 million.

Cooper was born on August 21, 1994, in Newtown, Pennsylvania. Her parents are Bryan and Laurie Cooper. She also has one sister named Kathryn and a brother named Grant. Cooper lived in Pennsylvania until she graduated from Boston University.

During her time at Boston University, Cooper was a Division 1 soccer player. She led her team to four MCT Championships, won the Prep-A title all four seasons, and earned All-Prep First Team.

After graduating from college, she moved to New York to start her professional career.

After coming to New York, Alexandra worked at Dirty Water Media and a magazine in New York. She then worked for Barstool Sports in October 2018. Currently, Alexandra is the host of a podcast called ‘Call Her Daddy’. The podcast is described by many as “locker room talk for chicks”.

Interestingly, the idea of starting the podcast by Sofia and Alexandra came when they were at the bar. One evening, Alexandra and her friends including Sofia Franklyn were having a conversation on the topic of sex. Their chat and laughter caught quite the attention of the person sitting nearby. Some of the audience even gave them the idea that their chat show could attract millions of people.

Alexandra and Sofia Franklyn pitched their idea to Barstool Sports and they decided to produce it in New York. The podcast was started back on January 10, 2019, and since then they have been entertaining millions of people in the United States.

Her feud with Sofia Franklyn 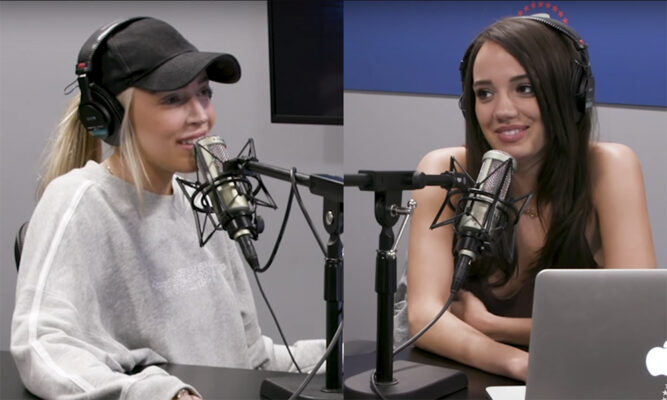 Sofia Franklyn who is now not a part of the podcast accused Alexandra Cooper of betraying her on more than one occasion. In an Instagram story, she said “There’s been a lot of crazy sh** being thrown around, and some of it is true, some of it false. I’m going to be 100% open and honest with you guys”. She added, “I found that Alex had gone behind my back and done something, and I found out it wasn’t the first time and that’s why we’re here”.

Sofia is now actively running her own podcast “Sofia with an F”. In an episode, she said “In true 2020 fashion, I lost my best friend, I lost my show, and I lost my career virtually overnight. And not only that, but I became the subject of a very public, very aggressive, smear campaign where I was attacked, bullied, and humiliated for months”.

On the other side, Alexandra Cooper said regarding their situation, “I think this where Barstool and I are pretty frustrated, Sofia did not take the deal and when it got held up and there were no more points coming from her side, we had to move forward without her. That’s all it is. Everyone realized she’s never gonna be happy. There were more and more points and then eventually, she stopped sending points, and then she never sent her points. She said she wanted it. She never signed it.”

Alexandra currently stands five feet six inches or 168 cm tall. Meanwhile, she weighs around 55 kg or 121 pounds. Her natural hair color is blonde/brown and her eye color is dark brown. Likewise, her body measurements are 32-24-34 inches.

Who is Alexandra Cooper Dating? 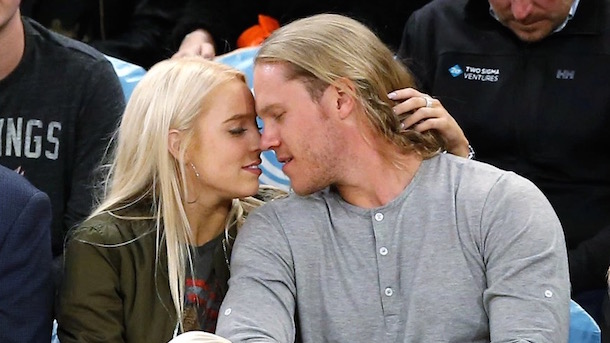 Currently, Alexandra seems to be single. In 2017, her face was all over the Internet when she was spotted kissing professional baseball player, Noah Syndergaard. They attended several sporting events together and Noah’s fans were excited to know more about her.

After one year of on/off relationship, they decided to go their separate ways.

As of 2020, Alexandra Cooper net worth is estimated to be $1.2 million. That is quite impressive considering that she has been in the media business for less than 3 years.

We don’t have an exact figure how much she earns for hosting the ‘Call Her Daddy’ podcast but there is a good chance that her bank balance will be in millions in the next couple of years.

Cooper is also popular on Instagram. She has more than 1.9 million followers. With that number of followers, she earns a good amount of money when she endorses any brands or products. According to several websites, Instagrammer with 100K followers earns around $1,000 to $5,000 per post. So, based on that estimate, she takes over $10,000 to $25,000 per post for posting on Instagram.