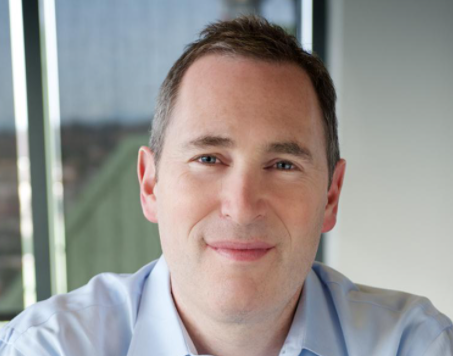 Andrew R. Jassy (Andy Jassy) was the CEO of Amazon Web Services (AWS). As an entrepreneur and businessman with an MBA from Harvard, he founded and built Amazon Music and AWS. Andy Jassy has a net worth of over $500 million.

Andy Jassy was born on January 13, 1968 in Scarsdale, New York. Andy Jassy attended Scarsdale High School. He comes from a Jewish background with Hungarian ancestry. Andy was no stranger to the executive world as his father was a senior partner at the law firm, Dewey Ballantine.

After high school, Andy was accepted at Harvard College, where he also worked as the advertising manager of The Harvard Crimson. He earned honors from Harvard College and straight after attended Harvard Business School.  Andy Jassy’s net worth began to accumulate when he began his working career.

Andy Jassy currently lives in Seattle, WA with his wife Elana Caplan and his two children.

After Andy Jassy received degrees from Harvard and Harvard Business School he went straight into the workforce. Initially, he worked as a project manager for about 5 years at a company called MBI. The company went out of business.  In 1997, he took a position with Amazon with other Harvard MBA graduates.

Andy Jassy worked his early days in Amazon as a marketing manager. It wasn’t until later, 2003, where Jeff Bezos and Andy Jassy worked on their idea of cloud computing: Amazon Web Services.

AWS launched in 2006, where Andy Jassy took leadership. The success and failure came at his hands. In 2016, he went from senior VP to the CEO of AWS.

Andy Jassy’s net worth is tied directly to the restricted stocks from Amazon. The vested stock restrictions will peel every year.

Andy Jassy, now as the CEO, as the most profitable company in the world will see his net worth sky rocket. It has been noted that his base compensation in 2016 was only $175,000, however, a large part of his net worth is tied to Amazon stock. He has over 4,000 Amazon shares that will vest in 2023, but also an additional 10,000 shares that vests from 2021 into 2024. Andy Jassy’s net worth is over $500 million, and correlates to the stock price of Amazon.

Below you can see his total shares he owns to oscillate between 80,000 – 90,000. Andy exercises his options to sell periodically.