Anthony Lynn Net Worth 2020: How Rich is the Chargers' Head Coach? 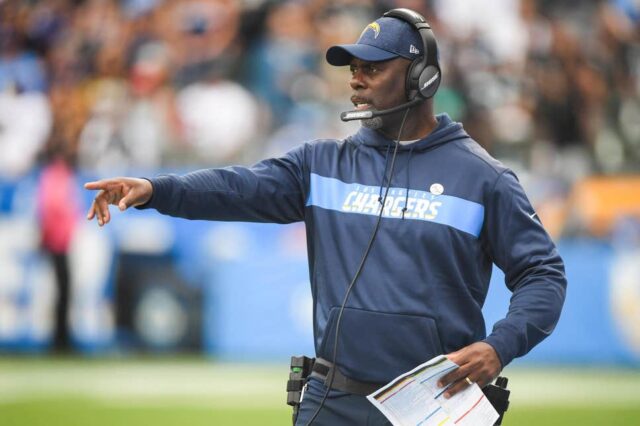 Anthony Lynn is an American football coach and former player. He is currently the head coach of the Los Angeles Chargers of the National Football League. As of 2020, Anthony Lynn net worth is estimated to be $8 million.

Lynn was born on December 21, 1968, in McKinney, Texas. He went to Celina High School in Texas where he started playing football. He then played college football for the Texas Tech Red Raiders where he was an All-Southwest Conference running back in 1990.

As a player, Lynn played for teams like Denver Broncos and San Francisco 49ers. In 2000, he retired due to repeated neck injuries. He was a part of Denver’s back-to-back Super Bowl Champion team.

On January 12, 2017, Lynn was hired as the new head coach of the Los Angeles Chargers. With that role, he became the franchise’s first African-American head coach in its 56-year history. In his second season with the Chargers, he led Los Angeles to a 12-4 record, earning its first playoff since 2013. In the wildcard, Chargers went on to defeat the Baltimore Ravens but were eliminated by New England Patriots in the Divisional Round.

Regarding his personal life, Lynn is married twice. With his first wife, he has a son named D’Anton and a daughter named Danielle. He then married journalist Stacey Bell on March 5, 2011, in Texas. His son D’Anton is also a football player who played college football for the Penn State Nittany Lions. He was signed as an undrafted rookie by the New York Jets in the 2012 NFL Draft.