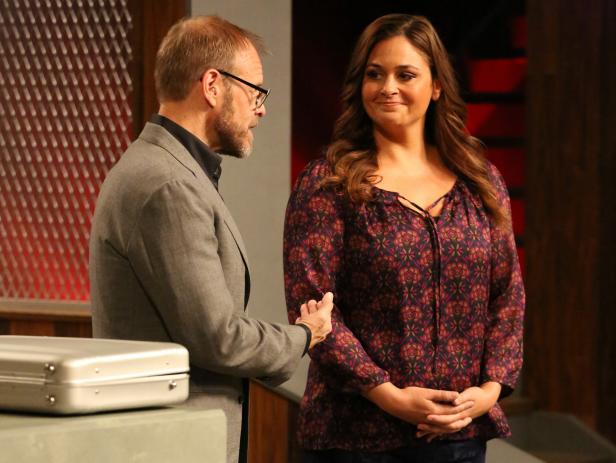 Antonia Lofaso is an American chef best known for appearing on the TV shows Top Chef, Chopped, and Restaurant Startup. As of 2020, Antonia Lofaso net worth is estimated to be roughly $2 million.

Lofaso was born on November 23, 1976, in Northridge, Los Angeles. She went to the French Culinary Institute in New York City. During that time, she was also a manager at Seam Comb’s restaurant. After completing her education, she worked as a chef at the Los Angeles restaurants Spago and Foxtail.

Lofaso started cooking in front of the camera when she appeared as a contestant on season four of the cooking competition “Top Chef”. She came in 4th place. She also appeared on season eight of “Top Chef: All-Stars” where she came in 3rd place. In 2014, she competed once again on an episode of “Top Chef Duels” competing against Mike Isabella. She won the duel that time.

Antonia has also appeared on the Gameshow Network show “Beat the Chefs”. In that show, she was one of the three professional chefs that the amateur cooks had to compete against. The show was short-lived and ran for only four episodes.

Lofaso has been one of the guests on the Food Network competition show ‘Cutthroat Kitchen’ since 2013. She also competed in the ‘Cutthroat’s special: Judging Judges’ episode where she competed against the fellow judges Simon Majumdar and Jet Tila as well as Chef Geoffrey Zakarian. She won the battle against those judges.

In addition to that, she has also served as the restaurant adviser for the CNBC show ‘Restaurant Startup’. She has also appeared on Selena Gomez’s cooking show ‘Selena + Chef’. Lofaso is currently a co-owner and the executive chef of the Los Angeles restaurant Black Market Liquor Bar, DAMA, and Scopa Italian Roots. Lofaso has also written a book titled: “The Busy Mom’s Cookbook: 100 Recipes for Quick, Delicious, Home-Cooked Meals”

Regarding her personal life, Lofaso has one daughter Xea born in 2000 from her relationship with rapper Heavy D. He was a Jamaican-born American rapper. Unfortunately, he died on November 8, 2011.

Shane Simpson Net Worth: How Rich is Emily Simpson Husband?