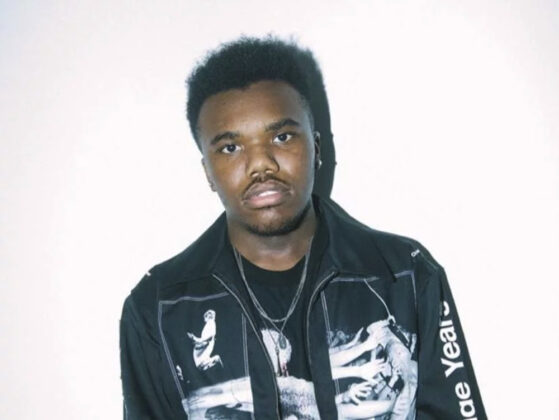 Hykeem Jamaal Carter Jr. also known by his stage name as Baby Keem is an American rapper, singer, and songwriter. Baby Keem is known for his hit single “Orange Soda” which peaked at #98 on the Billboard Hot 100. As of 2020, Baby Keem net worth is estimated to be over $300,000.

Jamaal Carter Jr. was born on October 22, 2000, in Las Vegas, Nevada. Unfortunately, not many details is known about his personal life including his family. He once cited how his older uncles, cousins, and grandmother became an early source of inspiration.

Like many rappers these days, Baby Keem started pursuing music via SoundCloud. He released his first track “Options” on Soundcloud in November 2016. After that, he released songs like “Kissing Friends” and “FWM”.

In January 2018, he dropped his first debut EP “Midnight” which consisted of 9 songs. Five months later, he released the second EP titled “No Name”. It consisted of tracks like “Drunk” and “Leverage”. The same year, he co-wrote and produced the track “Redemption Interlude” for Kendrick Lamar’s Black Panther The Album. He also co-wrote and produced singles “Knock It Off” and “Rotation 112th” for Jay Rock’s 3rd album.

Keem’s second mixtape called “Die For My B!tch” was released in July 2019. It consists of songs like “Orange Soda”, “Invented It”, “France Freestyle”, and “Honest”. His hit track “Orange Soda” peaked at number 98 on the Billboard Hot 100. Recently, he was included in XXL’s magazine 2020 Freshman Class.

The rapper from Los Angeles stands at a height of 5 feet 9 inches or 175 cm tall and weighs around 65 kg or 143 pounds. His body measurements like chest, arms, and waist size are not available at the moment. Likewise, his hair color and eye color are both black.

AS of 2020, Baby Keem’s net worth is estimated to be roughly $300,000. Music sales, shows, and streaming platforms have helped him to amass that fortune. His earnings will rise once he started releasing albums.