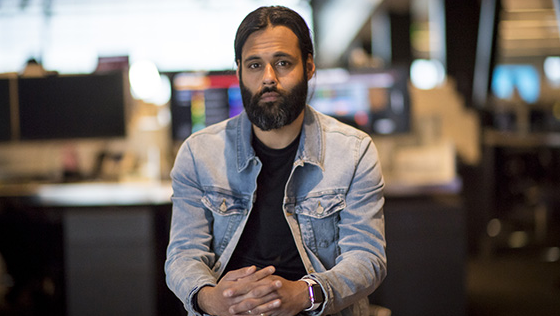 Baiju Bhatt is an entrepreneur and famous for co-founding the financial services company Robinhood. Bhatt and co-founder Vlad Tenev became billionaires after receiving $6 billion funding in 2018 for Robinhood. Bhatt has a net worth of $1 billion.

Baiju Bhatt’s parents were born and raised in India, but Bhatt, himself, was born in the United States. As a first-generation American, he attended Stanford University and earned a degree in Physics. While at Stanford, he met Vlad Tenev and became friends there.

Later, he went on and earned a graduate degree in Sandford University’s mathematics’ program. With Tenev, he embarked on developing a low-latency trading software together and then became co-founders of Robinhood trading platform.

Although Baiju Bhatt’s net worth sits around $1 billion, it is expected to see a surge when Robinhood’s undergoes its IPO to the public.

Vlad Tenev Net Worth: How Rich is the Robinhood Co-Founder?

On January 28, 2021, Robinhood blocked GameStop buy orders to ‘Protect Investors’ from the volatility that powered GameStop’s stock ($GME) to all-time highs. A short-squeeze event occurred on the stock where wealthy investors and hedge funds were in short positions against GameStop.

As of January 29, 2021 – according to this article, an estimated $70 billion was lost in these short positions.

Robinhood received criticisms across the internet for their actions on the platform. Retail investors were not allowed to buy $GME stock and only had the option of selling it, which appears to be in favor of allowing wealthy investors and hedge funds exit their positions.

For the first time in recent years, opposing political parties have united against this:

When @AOC and @DonaldJTrumpJr are on the same side you know you fucked up @RobinhoodApp pic.twitter.com/y15FBqrUu9

Robinhood is expected to go through with its IPO this year. This transparent event has brought forth a lot of questions surrounding Robinhood and its affiliation with many financial institutions such as Citadel, Point 72, and Melvin Capital. Is Robinhood truly for the people?

Citadel is an investor in Melvin Capital, which got run over by Wall Street Bets. Citadel is also Robinhood’s biggest customer. 🤔