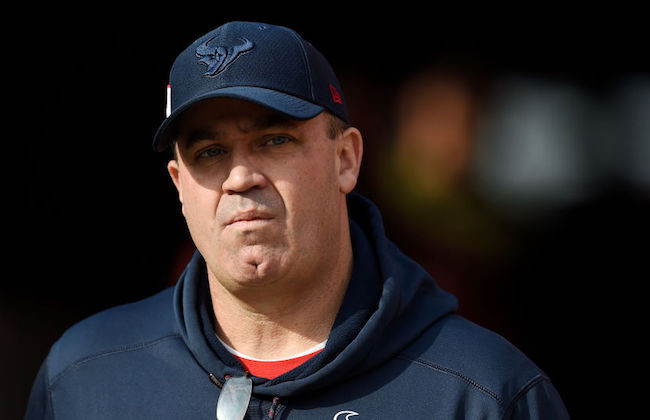 Bill O’Brien is an American football head coach. He is currently the general manager and head coach of the Houston Texans of the National Football League. As of 2020, Bill O’Brien net worth is estimated to be $7 million.

Bill was born on October 23, 1969, in Dorchester, Massachusetts. He was born to John O’Brien and Anne Murphy O’Brien and was raised alongside two brothers named John and Tom. He went to St. John’s Preparatory School and then Brown University in Rhode Island where he played football as a defensive end from 1990 to 1992.

O’Brien started his coaching career in 1993 at Brown University as tight ends and inside linebackers. For the next three seasons, he worked as an offensive graduate assistant at Georgia Tech. He worked for Georgia Tech for almost seven years in a number of roles like Graduate assistant, Running backs coach, offensive coordinator, and quarterbacks coach.

In 2003, he left Georgia Tech to work at the University of Maryland where he spent two seasons. He also worked for Duke University for one year in the role of offensive coordinator and quarterbacks coach.

In 2012, O’Brien was hired as Penn State’s head coach. His first season as a head coach was successful and recorded a result 8-4. He collected the most wins for a first-year head coach in school history and won the Big Ten Coach of the Year award. He was also named the national coach of the year by ESPN and was also awarded Paul “Bear” Bryant College Coach of the Year Award.

On January 2, 2014, O’Brien was introduced as the head coach of the Houston Texans. He finished his first season with a 9-7 record, narrowly missing the playoffs. In his second season, his team finished with the same record of 9-7 and won the AFC South title. However, in the Wild Card round, his side was dismantled 30-0 to the Kansas City Chiefs.

Regarding his personal life, Bill is married to Colleen O’Brien. Together they have two sons named Jack and Michael. Their elder son, Jack has a rare brain disorder called lissencephaly.