Chan Kim Net Worth: How Rich is the Golfer Actually? 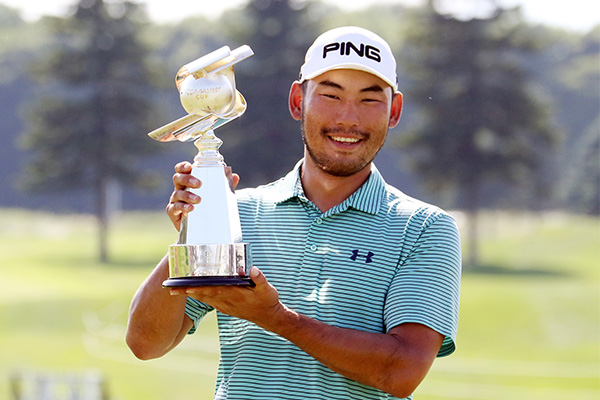 Chan Kim is an American professional golfer who plays on Japan Golf Tour. As of 2020, Chan Kim net worth is estimated to be around $1.5 million.

Kim was born on March 24th, 1990 in Suwon South Korea. His family moved to Hawaii in the United States when he was a young boy. He was inspired by his best friend and his father to start playing golf at the age of 12. Information about his parents and siblings is not available yet. He graduated with a Bachelor’s Degree in Finance from the University of Arizona. He is still single and has not shared information about a past relationship.

While playing on the Japan Tour, Kim achieved four professional wins including the May 2017 Gateway to the Open Mizuno Open, the July 2017 Shigeo Nagashima Invitational Sega Sammy Cup which he won after a bogey-free final round of 66. In the same year in November, he won the Heiwa PGM Championship with a single stroke. His latest win on the Japan Tour came in 2019 at the Japan Open Golf Championship in October 2019.

Although he lives in the United States, he decided to travel abroad to join the Asian Tour. He says he loved the tour because of its good reputation across the globe. He was also impressed by the good performance of his friend David Lipsky. When he is not playing golf, Kim loves traveling to various parts of the world as he loves to interact with various people with different cultures.

Chan Kim has an estimated net worth of $1.5 million. He makes most of his money from his career as a professional golfer. He has had four wins since he turned professional in 2010. He earned good money from the wins. He also makes money by promoting various popular brands.

Robert MacIntyre Net Worth: How Rich is the Scottish Golfer Actually?