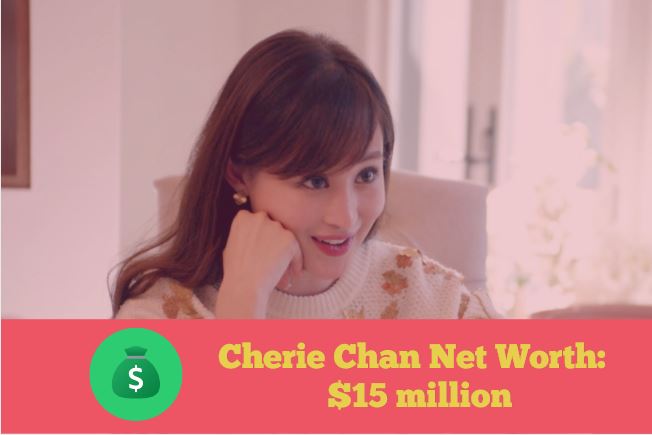 Cherie Chan is a Chinese-American businesswoman and reality television star best known for being one of the cast members on the Netflix show ‘Bling Empire’. As of 2021, Cherie Chan net worth is estimated to be over $15 million.

Cherie was born in Los Angeles, California to Chinese-American parents. She lost her mother in 2019. Not much is known about her personal life as she likes to keep it private. Her age is also not known at this moment and based on our estimate she might be in her early 30s.

Cherie Chan had an interest in music from an early age. She almost made it as a pop star in Japan and even signed a deal with Sony Music. However, her dream to become a pop star vanished after her mother didn’t want her daughter to be in that field.

She is the heiress to a denim empire, which her uncle runs currently. In addition to that, she also started an organic tequila brand named ‘Religion Tequila’. Her boyfriend Jessey Lee has also collaborated on that business. Jessey also owns a furniture empire.

Cherie and her boyfriend Jessey are now cast members on the Netflix series ‘Bling Empire’. The program shows the lives of the wealthy Asians who live in the Los Angeles area. The couple were first hesitant to take part in the television show. They wanted to take the permission of her parents first.

Regarding her personal life, Cherie and her boyfriend Jessey have been together for almost 6 years now. Together they have two kids. Their first child, a daughter named Jadore was born in 2017. Meanwhile, their second child, a boy, named Jevon was born in 2019.

Being an Asian, having kids before getting married is looked at as a problem in the family. But since Cherie and Jessey are both American-Chinese, they are living a very happy and fulfilling life.