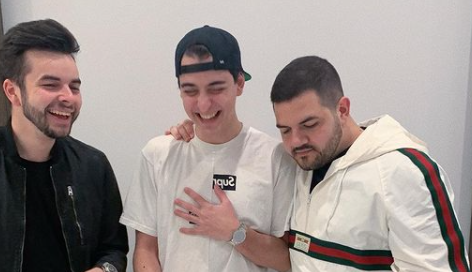 Cloakzy Net Worth: Dennis Lepore, also known as Cloakzy is a popular American Twitch streamer and YouTube star. He is a professional gamer, mostly known for his undefeated game-playing skill in Fortnite: Battle Royale. As of 2021, Cloakzy’s net worth is estimated to be $1.2 million.

Cloakzy was born Dennis Lepore on December 26, 1994, in the United States of America. He has not shared much information about his parents and early life. Through looking at his gaming expertise, he seems to be fond of playing games since childhood.

In 2015, Cloakzy started playing a survival game H1Z1 as a professional player. While he played H1Z1, he was a member of the team name KnightsGG. Later, when PUBG introduced he didn’t take much time to become an expert of the game. Soon after the launch of the game, he became a famous PUBG player.

It was in 2017 Cloakzy claimed to prominence after the new game Fortnite was launched in the market. Since he is a perfectionist of games, he takes no time to show his dominance on Fortnite as well.

Cloakzy went on to set the world record in 2018 by eliminating 34 people in a single match of Fortnite. Cloakzy’s bond with his gaming partner Turner (Tfue) proved fruitful for both. They became the winner of the Fall Skirmish Tournament in 2018.

He started getting popular among game lovers. As a result, his followers increased in huge numbers in a short period. In 2018, he played as a member of the team FaZe Clan. Cloakzy was chosen as captain of the FaZe Clan’s Fortnite roaster. The team has other best players like Jaomock, SpaceLyon, and 72hrs. His best gaming partner Tfue was also a part of the team. However, he left the team after facing some lawsuits. Just a few months after Tfue’s departure, Cloakzy also left the group in 2019.

Many speculations came later questioning him why he left the FaZe clan. Some allegations were made on him claiming that he left the group because he lost interest in the game as his partner Tfue left the team. Some also alleged him he left because he failed to quality for Fortnite World Cup Finals.

Besides playing games professionally and streaming on twitch, Cloakzy also became popular on YouTube. He frequently posts gaming videos on YouTube. To date, he has earned 1.21 million subscribers on YouTube. Likewise, he is followed by over 2.4 million people on Twitch.

Cloakzy has remained silent about his love life. His present relationship status is assumed to be single. A few times back, he was rumored to be dating another Twitch star, Alexia Raye. However, both never confirmed being in a relationship.

Cloakzy has generated a big amount from streaming gaming videos on Twitch and YouTube. Starting 2021, Cloakzy’s estimated net worth earning is around $1.2 million. Sources revealed that he is earning around $25,000 in a month, which makes an approximate annual earnings of $300,000.

Besides earning from streaming videos, Cloakzy also earns extra income from sponsorship and brand deals. He has also earned $40,000 prize money along with other FaZe members. Cloakzy has an estimated net worth of $1.2 Million.

[Images and Video via Cloakyz/Instagram]