Deante Hitchcock Net Worth: 5 Interesting Facts You Should Know 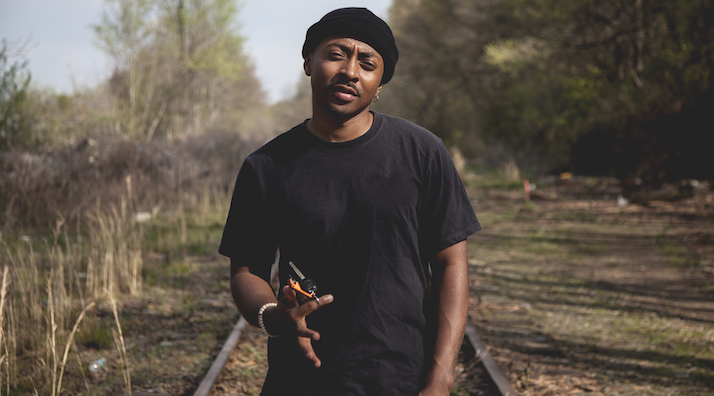 Deante’ Van Hitchcock is a popular American rapper and singer. He first became popular on weekly freestyles called New Atlanta Tuesdays which received huge internet attention in 2016. As of 2020, Deante Hitchcock net worth is estimated to be $1.5 million.

Here are five interesting things you should know about the rapper.

Hitchcock was born on March 10th, 1993 in a small suburb called Riverdale in Atlanta Georgia. He never dreamt of becoming a rapper or a musician but his uncle, who is rapper made him love rap music. At the age of 12, he joined a rapping group called The Tainted Cliq which was created by his uncle. He started to love the competition aspect of the music and eventually loved rap music. He started to write his music while still performing in the group.

2. He dropped out of college

Hitchcock graduated from high school and joined Georgia Southern University.  At college, he released his first mixtape 19 summers in September 2012 which was followed by his official mixtape named Wishful Thinking which was released in February 2015.

In 2016 he became famous after releasing more weekly Freestyles which went viral online attracting more fans to his music. He dropped out of the junior year in the University to concentrate on his career.

Related Posts  Charlie Clips Net Worth: How Rich is the Rapper Actually?

3. He has a strict work ethic

Hitchcock believes in working hard and attributes his success in the rap industry to follow a strict work ethic. He sets goals and tries to meet them. He aspires to be remembered not as a guy who can only rap but for the actual music he puts out.

Deante tries to incorporate his excellent dancing skills into his rap music. His music received a great enhancement after he signed with the CRA affiliated ByStorm label. He released his six tracks EP So Much for Good Luck in October 2017. Still, with the label he released his fourth EP Thank You For Your Patience in June 2018 among many other songs.

4. He is active on Social Media

Even though his music is played on major streaming platforms, Hitchcock maintains an active presence on his social media platforms. He has 77.2K followers and about 56K subscribers on his YouTube channel. He is also active on Facebook and Twitter.

5. Deante Hitchcock has an estimated Net Worth of $1.5 million

Deante Hitchcock’s personal wealth is estimated to be over $1 million. He gets his income mainly from his career as a rapper and musician. He has also made money from various sponsorships and live shows. His net worth is expected to increase as he advances in his career.