Emilio Sakraya Net Worth: How Rich is Emilio, Really? - FullCelebs

Emilio Sakraya Net Worth: How Rich is Emilio, Really? 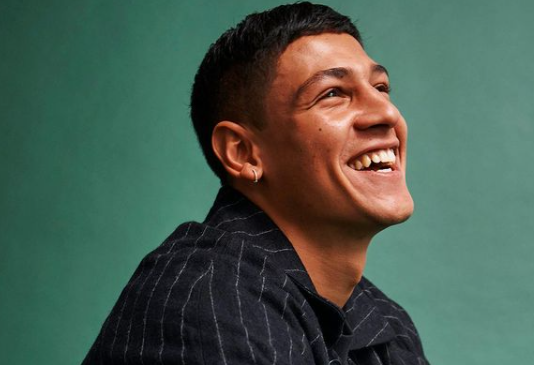 Emilio was born on June 29, 1996, in Berlin, Germany. He had a passion in acting from a young age and at the age of nine, he appeared in several film productions. He also had an interest for music, karate, and kung fu. In fact, he was the winner of “Full-Contact Karate” in the German Championship twice.

Emilio started his acting career at the age of nine but made his mainstream cinema when he was 14 years old in the movie ‘Zeiten andern dich’. After that, he went on to appear on several German movies like ‘Mitten in Deutschland: NSU- Die Opfer’ and ‘Die 7 Stunde’.

In 2014, he was cast as Tarik Schmull to play in the German series ‘Bibi and Tina’. Two years later, he played the role of the Indian “Neke Bah” in the series ‘Winnetou’. In 2017, he played the lead role in the TV episode ‘Tatort- Sohne and Vater’. He also played the German horror movie ‘Heilstatten’ the same year.

Since 2017, Emilio has played in over ten movies and television shows. Some of them includes “Tatort: Das verschwundene Kind”, “Cold Feet”, and “Bibi und Tina”. However, Emilio gained international recognition after he portrayed the role as JC in the Netflix series “Warrior Nun”.

Emilio is now set to play the role of kiano in the new series “Tribes of Europa”. The show will be premiered on Netflix on February 19, 2021.

In addition to acting, Emilio is a singer too. He has released songs like “Bisschen allein”, “Berlin an der Spree”, and “Drauf bist”. All those songs are a part of his album titled “Roter Sand”.

As of 2021, Emilio Sakraya’s net worth is estimated to be $1 million. A vast chunk of that money comes from his successful acting career. He also earned a significant amount of money from his album sales.

Emilio’s personal fortune is expected to grow enormously as he was cast to play in the Netflix series ‘Tribes of Europa’.

Oliver Masucci Net Worth: How Rich is Oliver, Really?