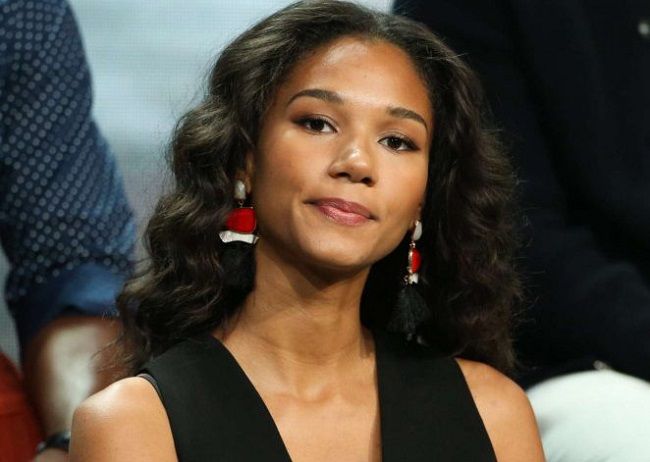 Greta Onieogou is a Canadian actress. She is best known for her role as Layla Keating in the series “All American”. As of 2021, Onieogou’s net worth is estimated to be $1 million.

Greta Onieogou was born on the 14th of March 1991 in  Saint Petersburg, Russia. She has both Russian and Nigerian descent. She is fluent in English and Russian. Onieogou was living in Russia until she turned 5. Later Greta and her family moved to Toronto, where she grew up. She likes Canada but misses most of her family that lives in Russia.

Her acting career started when she was just 14 years old. In 2005, Greta got a role in the film “Fever Pitch”. She played a minor role and her character’s name was Tammy. A year later, she had an opportunity to play in the Canadian teen drama “Degrassi: The Next Generation”. The show has a total of 14 seasons.

Greta also had a minor role in the comedy-drama “Naturally, Sadie”. From 2006 to 2009 she had a three-year gap as she didn’t act anywhere. Then in 2009 she some minor roles in the series “Overruled!” as “Vanessa”, and in the movie “Victoria Day” playing “Sara”.

Then finally, her breakthrough came in 2011. She got the role to play “Soraya Duval” in the Canadian drama “Heartland”. There she appeared in many episodes from 2011-2015. She also played “Aly” in “Heroes Reborn: Dark Matters” and also had a part in “Miss Sloane”.

Her other minor roles are in the series “Schitt’s Creek”, “Ransom” “Murdoch Mysteries”, “Frankie Drake Mysteries” and in “Undercover Grampa”. 2017 and 2018 were busy years for the talented actress. In 2018 she got the role to play “Layla Keating” on the television series “All American”.

When it comes to her body stats, Greta stands to be 5 feet 8 inches or 173 cm tall and weighs around 55 kg or 121 pounds. Her body measurements are 35-24-34 inches. Meanwhile, her hair color and eye color are both black.

This 29-year-old actress has accomplished a lot in her life for now. Her acting portfolio keeps filling more and more. Apart from acting, the talented star had a lot of sponsorships and brand advertisements. All of that made Greta’s net worth to be around $1 million. She also made a YouTube channel where she has almost 200K subscribers.