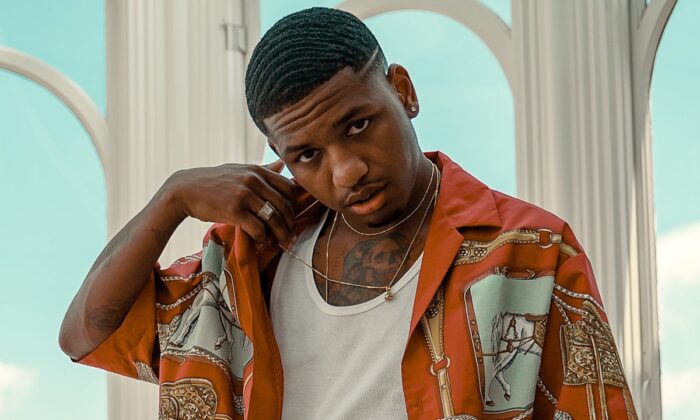 Akeem Douglas Hayes is famously known as Guapdad 4000 is an American rapper, singer, and songwriter. He is part of the supergroup Zoink Gang hip-hop group. As of 2020, Guapdad 4000 net worth is estimated to be $600,000.

Guapdad 4000 was born on 27th July 1992, in Oakland California. He comes from a simple family. His mother migrated from the Philippines before Guapdad was born. Not much information is given about his father. After high school, he joined Berkeley City College where he earned an associate degree in fine arts.

Guapdad had a difficult life with both of his parents in and out of jail. He was determined to make it in life and he would sometimes resort to illicit means like petty theft to provide for his siblings.

Guapdad started to release music under the name Guapdad 4000 and performed without being paid at local art shows. He suffered depression and survived an attempted suicide in 2014. He also indulged in the scamming business for years and after losing $40,000 worth of bitcoin, he decided to do away with the scamming business completely and concentrate on his rapping career.

Guapdad 4000 loved to listen to music by Pharell Williams, Kanye West, and Mac Dre while growing up. He started making music at a young age even before joining the hip-hop supergroup Zoink Gang that also includes other artists like Buddy, Smino, and Earth Gang.

He released his first mixtape scamboy Color in late 2017 where he featured his friend Buddy in the album, Harlan & Alondra. At one point he was part of the Dreamville Recording sessions for compilation album Record –Revenge of the Dreamers III. They had invited artists from across the country. He performed impressively and he was featured in three songs- Don’t Hit Me Right Now, Wells Fargo, and Costa Rica. These performances gave him a lot of confidence and he was ready to make more music for his fans. He later collaborated with J.Cole.

At the current age of 27, Guapdad 4000 stands at a height of 5 feet 7 inches or 170 cm tall and weighs around 65 kg or 143 pounds. His body measurements are not available at the moment. Meanwhile, his hair color and eye color are both black.

Guapdad 4000’s estimated net worth is $600,000 mainly from his music and live performances. He has made several tours with his song Bitch I’m On which has been loved most by his fans on live shows. He also has a massive following on his Instagram and Tweeter pages