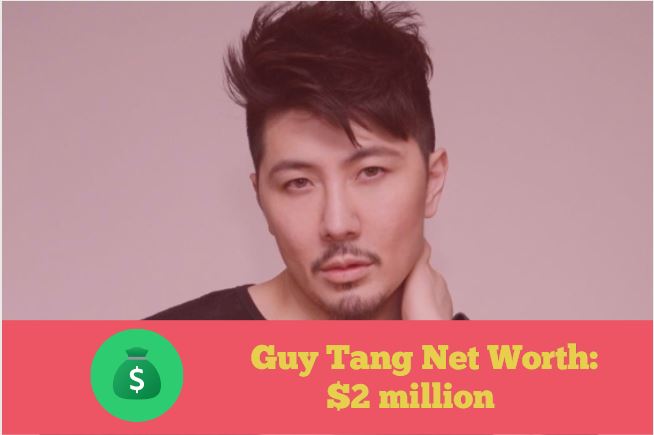 Guy Tang is an Asian-American hairstylist best known for being one of the stars on the Netflix series ‘Bling Empire’. As of 2021, Guy Tang net worth is estimated to be around $2 million.

Guy Tang was born on July 26, 1981, and belongs to Asian Ethnicity. He was born and raised in Tulsa, Oklahoma. Not much is known about his personal life including his parent’s detail. What we know is that his father is Chinese while his mother is Vietnamese. Tang currently lives in West Hollywood, California. Prior to that, he lived in Long Beach, California.

Tang has confessed that being an Asian has impacted his life. He shared an incident where his Caucasian ex-girlfriend’s uncle pointed a gun at him on his 16th birthday. He expressed his feeling as being one of the haunted moments on his life.

Tang started his career as a hair colorist via YouTube. He had a channel where he earned around $5K to $84K a year. After his immense success on YouTube, he launched his own hairstyling product called ‘MyIdentity’. It has now over 380K followers on Instagram. The product on his Instagram page varies from shampoos to dyes and can be bought at an average price of $7.

In addition to that, Guy Tang is a singer. Some of the songs he has written are Closure, Superpowers, and Quit.

Guy Tang is now one of the cast members on the Netflix series ‘Bling Empire’. The program shows the lives of wealthy Asian-American who live in the Los Angeles Area. Some of the other stars to appear on the show are: Kelly Mi Li, Cherie Chan, Anna Shay, Kane Lim, and Jaime Xie.

Regarding his sexual orientation, Tang is gay. He is married to a guy named Almar Guevarra who worked as a full-time Brain Cancer Research Nurse. Tang and Almar met over 11 years ago and are together since.

Tang openly came out as gay when he was 27 years old. Prior to that, he even had a girlfriend who eventually became his fiancé. But as of now, he is married to Almar and is living a healthy relationship.