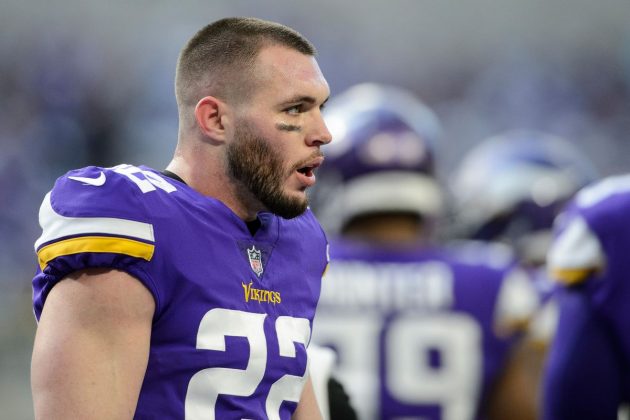 Harrison Smith is an American football player who plays in the safety position for the Minnesota Vikings of the National Football League. As of 2021, Harrison Smith net worth is estimated to be $20 million.

Harrison Smith was born on February 2, 1989, in Augusta, Georgia. He attended Knoxville Catholic High School where he played football. During his time at the school, he was named Gatorade Football Player of the Year.

Smith also played basketball and ran track. As a track player, he had personal-best jumps of 6.54 m in the long jump and 14.15 m in the triple jump. Smith was rated a four-star recruit by Rivals.com and chose Notre Dame to play football over offers from Tennessee, Auburn, and Alabama.

In 2012, Harrison Smith was drafted by the Minnesota Vikings in the first round of the NFL Draft. He signed a four-year, $7.13 million contract with $5.78 million guaranteed which included a signing bonus of $3.63 million. In his rookie season, Smith recorded 104 combined tackles, one sack, three interceptions, and two touchdowns.

Related Posts  Corey Conners Net Worth: How Rich is the Canadian Golfer?

In 2013, he returned as the starting free safety. He started only 7 games that season due to foot injury and recorded 58 combined tackles and two interceptions. In 2015, the Vikings picked up the fifth-year option on his rookie contract.

Harrison Smith then signed a contract-extension in 2016 worth $51.25 million that included $28.57 million guaranteed and a signing bonus of $10 million. That season, he finished with 91 tackles, two sacks, and two deflected passes. He was ranked #74 on the NFL Top 100 Players of 2017.