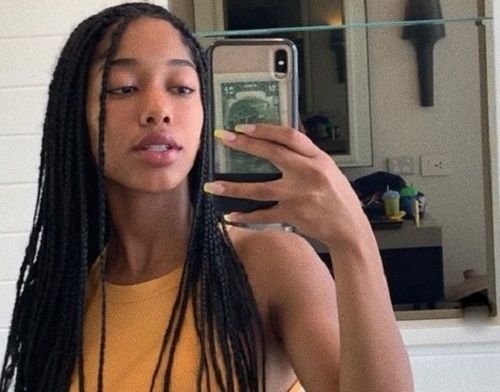 Iman Benson is an American actress best known for her role in Television shows like Uncle Buck and Suits. She has also appeared on the series Alexa & Katie. Iman is one of the cast members to appear on the sitcom BlackAF.

Iman was born on June 25, 2000, in Atlanta, Georgia. Not much is known about her father and mother. What we know is that she has a beautiful sister who she shares a picture of her on her Instagram. Regarding her education, she attended The Company acting Studio to study acting. Later, she joined Georgia State University for her higher studies.

Iman started her acting career in 2016 appearing on television show “Uncle Buck” where she portrayed the role of Tia Russell. Although the show did not last too long, she appeared in a total of eight episodes. The role of Tia Russell in Uncle Buck paved the path for Iman to reach further higher.

In 2018, she appeared as a guest star as Dallas in TV series “Station 19”. The same year, she got a chance to play as Joy Williams in the drama series “Suits”.

Benson got her big breakthrough by appearing as Reagan in the TV show “Alexa & Katie”. She appeared in a total of 13 episodes and was able to garner attention from the Hollywood Industry. Iman is now set to appear on the sitcom BlackAF. The show stars famous actors like Kenya Barris, Rashida Jones, and Genneya Walton.

At the current age of 19, Iman stands 5 feet 7 inches or 170 cm tall and weighs about 55 kg or 121 pounds. Her body measurements are not available at the moment. Likewise, she has a pair of light brown eyes and black hair.

As of now, we haven’t heard any rumor about her relationship status. She is very much focused on her acting career and is very secretive about her personal life. Her Instagram account also shows no sign of her dating any guy. According to our research, she is currently single.

As of 2020, Benson’s net worth is estimated to be $300,000. Most of her income is from her role acting on several television shows like Uncle Buck and Alexa & Katie. She is touted to become one of the biggest actresses in the future. As her career moves forward, her net worth is also expected to rise more.