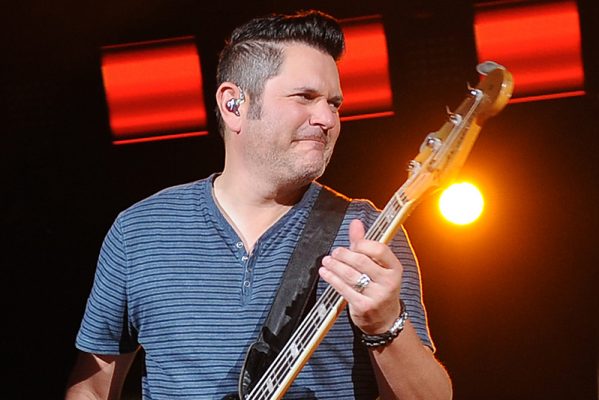 Jay DeMarcus is an American songwriter, bassist, vocalist, and record producer best known as the member of country-pop group Rascal Flatts. As of 2020, Jay DeMarcus net worth is estimated to be $60 million.

DeMarcus was born on April 26, 1971, in Columbus, Ohio. He went to the Tree of Life Christian School in Columbus and then Lee College in Tennessee. During his time at the college, he traveled and performed as a keyboard player in the Christian music group New Harvest.

DeMarcus then moved to Tennessee after he co-founded the contemporary Christian music group ‘East to West’. In 1997, the band separated and he performed with his second cousin Gary LeVox on Michael English’s album Gospel for which he was also producing. The album went on to win a nomination for the Dove Award for Inspirational Song of the Year.

In 1999, DeMarcus and Gary LeVox founded a pop group Rascal Flatts. He is the bass guitar and the background vocalist of the band. The band released six studio albums, all of which have been certified platinum or higher by the RIAA. Rascal Flatts have charted forty singles, 16 of which have reached No. 1 on Billboard Hot Country Songs, Country Airplay and Canada Country.

In addition to music release, he has also produced albums for James Otto, Jo Dee Messina, Austins Bridge and others. DeMarcus and his band members have also appeared on the TV series “CSI: Crime Scene Investigation”. He has also appeared in the movie “A Country Christmas” as well as ABC’s Nashville and Lifetime’s “Drop Dead Diva”.

Regarding his personal life, DeMarcus married former beauty queen Allison Alderson in 2004. He met Allison on the set while filming the video for the Rascal Flatts song “These Days”. In 2010, they welcomed their first child. Two years later, they welcomed son named Dylan Jay. He also has another daughter from his previous relationship who he placed for adoption because he and his then-girlfriend weren’t ready to parent the baby.