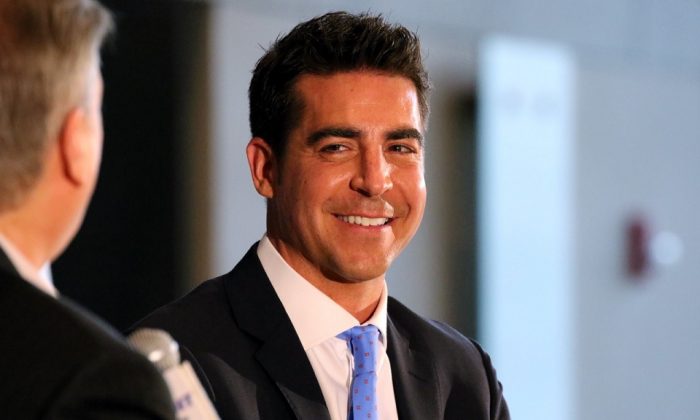 Jesse was born on 9th June 1978 in Philadelphia, Pennsylvania, United States. He spent his early years in Germantown and East Falls neighborhood. His parents are Stephen Watters and Anne Watters.

He attended William Penn Charter School in Pennsylvania before his family moved to Long Island in New York. He later joined Trinity College in Hartford Connecticut where graduated with a Bachelor of Arts degree in History.

Jesse was married to Noelle Watters between 2009 and 2019 when they got divorced. He moved on to marry Emma DiGiovine. He has twin daughters named Ellie and Sophie Watters from his previous marriage to Noelle Watters.

Jesse started his career working as a production assistant at Fox News. He joined the production staff of The O’Reilley factor in 2003 and appeared on some segments of the show in 2004 called Watters’ World.

His first appearance on Fox News show Outnumbered was in June 2014 where he appeared sometimes as a co-host. He appeared in his on his own monthly Fox News program Watters’ World. Watters has been described as an “ambush journalist”. He says he has always tried to make the show enjoyable for the people he is interviewing. His show started to appear weekly in January 2017 and it was aired every Saturday and 8 P.M. He became the co-host of the roundtable series The Five in April 2017 the same year he won an Annie Taylor Award.

Jesse has attracted the same measure of controversy as his success in the course of his career. The controversy is mainly from his provocative and not very kind statements. His comment on the issue of climate change was criticized by Media Matters. He had said climate change was not a big deal and could easily be fought using Sultan lotion.

He has an active social media presence. Watters uses his social media page to share his straight forward political views and engages in various conversations with his over 1.4 million followers on Twitter

Jesse Watter’s net worth is estimated to be $ 7 million as of 2020. His main source of income is from his career as a journalist. He earns an annual salary of approximately $2 million from Fox News