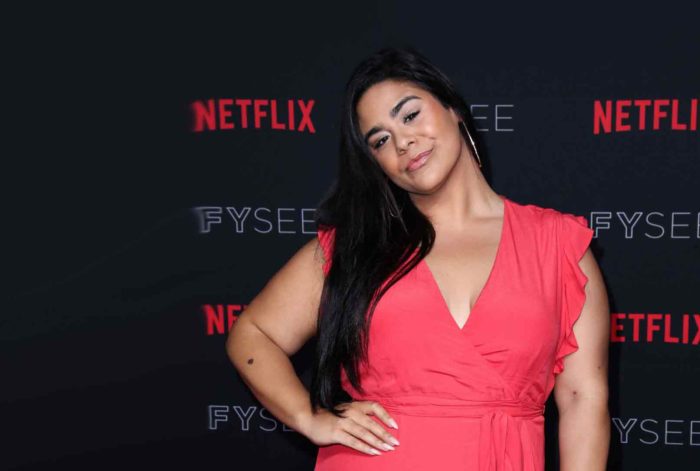 Jessica Marie Garcia is an American actress best known for her role as “Willow Cruz” on the Disney Channel series “Liv and Maddie”. A big role of hers is also playing “Jasmine Flores” on the Netflix show “On My Block”. Marie Garcia’s net worth is estimated to be $1 million.

Garcia was born on the 23rd of March 1987, in Orlando, Florida. Her parents have different backgrounds. Her father is a Mexican businessman while her mother is Cuban. As far as we know she doesn’t have any siblings. She had shown some interest in acting from a young age. Well, while she attended high school, she has participated in different school plays and theaters. The talented actress graduated at the University of Florida.

At the age of 19, Jessica Garcia moved to Los Angeles in order to pursue her acting career.

With a lot of struggle and hard work, she got her first role on the television series “Huge” where she worked with Raven Goodwin. Even though her role was short, it was enough for people to discover her talent for acting. After that everything went smoothly for her. She was featured in many series like “Betch”, “County”, “The Filth” and others.

Her biggest breakthrough was from the Disney series “Liv and Maddie”. There she played the character of “Willow Cruz”. Willow Cruz on that series is a tough girl but has a soft side too. She never lets anyone bring her down. The series has 4 seasons and a lot of satisfied viewers aka fans!

Garcia also was a part of the movie “Avenge The Crows” that was released in 2017 on iTunes. Her recent feature is in the Netflix series “On My Block”. There she played “Jasmine Flores”. Her character is not afraid to speak inappropriately and is really confident. She is a self-aware young woman who is also described as scary and relentless by two of the characters in the series. “On My Block” has 3 seasons and is worth binge-watching.

Regarding her personal life, Jessica tied the knot in 2018 by marrying Adam Celorier. They were engaged since 2016.

Garcia is proof that hard work always pays off. She had a lot of ups and downs until she reached the spot that she is standing on now. But the struggles and hard time makes everyone a tougher and better version of themselves. There is speculation that her net worth is circling around $1 million. That amount of income comes just from her acting career. Мany more successes await this talented 33-years-old actress.

Related Posts  Talia Ryder Net Worth: How Rich is Talia, Really?
Related Topics:
Up Next