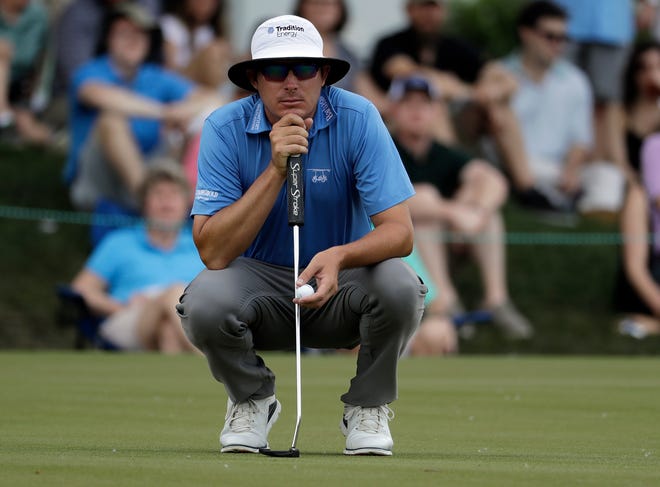 Joel Dahmen is an American golfer who plays on the PGA Tour. As of 2020, Joel Dahmen net worth is estimated to be roughly $1 million.

Joel Dahmen turned pro in 2010 but did not receive much success till 2013. In 2014, he won twice and won the Order of Merit which enabled him to qualify for Web.com Tour card in 2015. The same year, he also played three events on PGA Tour Latinoamerica where he tied for second in two of them.

In his debut Web.com Tour in 2015, he made the cut in 12 of 25 events, including three top-10 finishes. He then got to the Web.com Tour finals but failed to earn a PGA Tour card. In 2016, he once again competed in Web.com Tour. During that time, he made 13 cuts in 20 events including two tied for third finishes. With that impressive stats, he earned his PGA Tour card for 2017.

Regarding his personal life, Dahmen is married to Lona Skutt. The couple first met back in Old Town Scottsdale in 2012 as they waited for a late-night pizza snack. They dated for around 7 years and finally got married at the Royal Palms in Phoenix.

Dahmen has been through a lot in his professional golfing career. He survived testicular cancer in 2011.