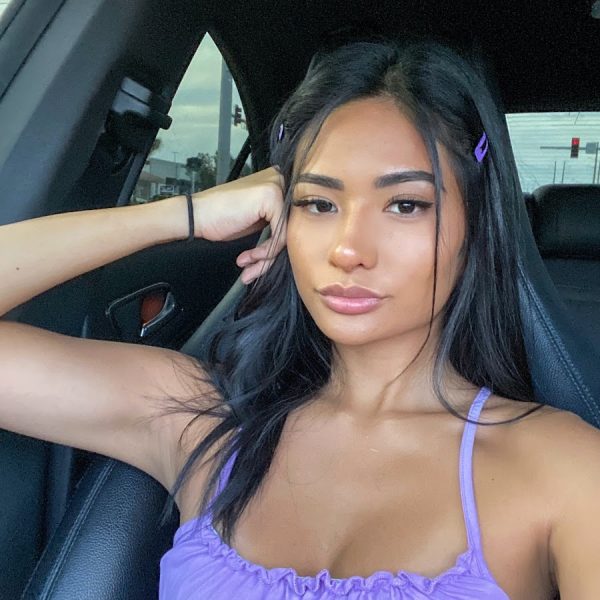 Kayla Kosuga is an American social media star who is famous on YouTube. She is best known for her self-titled YouTube channel where she has over 1 million subscribers. Her account shows videos related to her daily life routines, beauty, and clothing haul as well as documentation of her cosmetic surgery.

Kayla was born on March 24, 2001, in Maui, Hawaii. She was born to parents Aidel and Keola. Although she was born in Hawaii, she moved to Jacksonville, Florida at the age of 14. Kayla also has a younger sister named Tiara and an older brother named Noah in her family.

Regarding her education, we have no specific information on where she did her schooling and college.

Kayla started her social media career in 2015 when she joined YouTube. To be exact, she opened her YouTube account on June 15, 2015. Her first video was titled “Back to school outfits” where she posed with different clothes appropriate for school. The video has received more than 170,000 views so far.

One of the popular videos of her channel is titled “I wore a scandalous outfit to see how my boyfriend would react”. The video is about pranking her boyfriend Elijah. The video has gained more than 4.5 million views.

Since the start of her channel, Kayla’s YouTube channel has received more than 1 million subscribers. Her video contents are usually fashion-lifestyle related, clothing, daily routines as well as beauty related videos.

Who is Kayla Kosuga boyfriend?

Regarding her relationship status, Kayla is currently in a relationship with Elijah Gomez. Elijah is also a social media star who can be seen collaborating with Kayla on several occasions. Kayla and Elijah have launched a YouTube channel where it has over 83K subscribers.

In November 2020, Kayla announced that she and Elijah were expecting their first child.

As of 2021, Kayla Kosuga’s net worth is estimated to be over $500,000. She earns a hefty amount of money from YouTube. She also earns from sponsorships from various fashion brands to advertise their product on her channel.

In fact, Kayla has collaborated with fashion stores like Shein, Romwe, and Fairyseason. She also worked as a brand ambassador for Zaful swimwear.