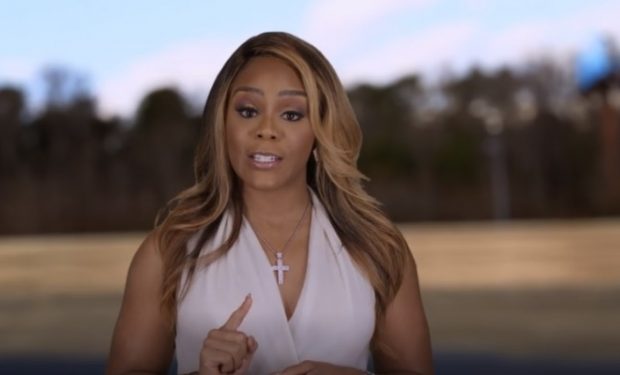 Kendra Robinson is an American television personality who is best known for appearing on Love & Hip Hop: Atlanta show. As of 2020, Kendra Robinson net worth is estimated to be $800,000.

Kendra was born on 26th January 1988 in Clinton, South Caroline. There is not much information about her father but her mother’s name is Phyllis Robinson. She has a brother named Michael Robinson who is a pastor. She lived in Louisiana before moving to Atlanta Georgia where she currently lives. Kendra is in a relationship with Yung Joc who is a famous rapper and musician.

Kendra has a bachelor’s degree in Mathematics from Kentucky State University. She also has a J.D from the University of Louisville’s Brandeis School of Law. She is a former member of the Delta Sigma sorority.

Kendra described herself as a mathematician, attorney, and realtor who is working hard to become a judge in the future. She is a former Criminal Defense lawyer and real estate lawyer. She aspires to start her law firm in the future and handle more clients with real estate related cases.

Kendra joined the Love and Hip Hop: Atlanta show as a supporting member since season eight and has so far made 12 appearances in the show. She says the show brings her closer to her boyfriend and it has helped in building up their relationship. She hopes to get married to Yung Joc and be a stepmother to his eight children whom he bore with different women.

Kendra loves fitness and healthy living. She works with a personal trainer about 5-6 times a week. His love for healthy living and amazing body shape has led her to establish her fitness company called Hour Glass Body. She is steadfast and very hardworking she wants to make it big in her life.

Kendra is a role model for many young girls who have reached out to her. She shares her story with them and encourages them to work hard and aim higher to achieve their goals in life. Kendra is active on her social media pages especially on Instagram where she has shared a couple of pictures of herself and her family and friends.

As of 2020, Kendra Robinson net worth is estimated to be $800,000. She earned the net worth by working hard as a lawyer and a cast member in the Love & Hip Hop reality show. She also earns a good income from her fitness center.

Margaret Josephs Net Worth 2020: How Rich is RHONJ Star Actually?