Lauren Ridloff Net Worth: How Rich is Lauren, Anyway? - FullCelebs

Lauren Ridloff Net Worth: How Rich is Lauren, Anyway? 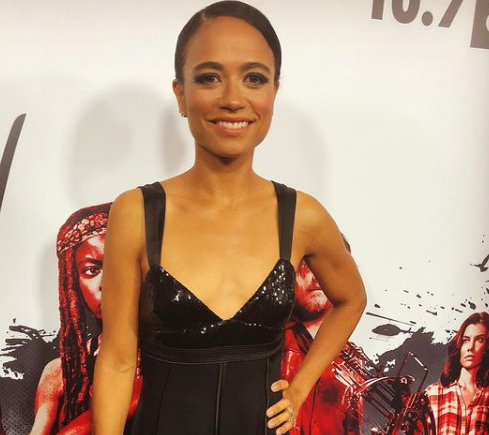 Lauren Ridloff Net Worth: Lauren Ridloff is an American actress. She is known for portraying the role as Connie on the TV series ‘The Walking Dead’. As of 2021, Lauren Ridloff’s net worth is estimated to be roughly $800,000.

Ridloff was born on April 6, 1978, in Chicago, Illinois. Her father was a musician and also a counselor at University of Illinois at Chicago while her mother was an artist.

Lauren was born deaf. At first, her parents thought she had a developmental delay, but they learned that she was deaf when she was 2 years of age. Her parents learned sign language for her and enrolled her in Catholic School with hearing children. After that, she went to the Model Secondary School for the Deaf in Washington. During her time there, she began exploring the arts and became involved with the acting too.

Ridloff then did her higher education at California State University, a university with a large deaf and hard-of-hearing student. She graduated from the University with a major in English. After graduating from CSUN, she went to Hunter College where she earned Master’s Degree in Education.

Lauren’s career in acting started in 2017 when she joined the cast of the film ‘Sign Gene’. Later that year, she appeared in the movie ‘Wonderstruck’ as a consultant. She also appeared in the music video for the song “Love Me Now” by John Legend.

In 2018, she played as Sarah Norman in the movie ‘Children of a Lesser God’. The same year, she submitted an audition tape to be a part of the series ‘The Walking Dead’. She was cast as Connie and started to play on the show in the ninth season.

In addition to that, she has also appeared in other television shows like ‘Legacies’, ‘New Amsterdam’, and ‘Sound of Metal’. She will be playing the role as Makkari in the 2021 upcoming movie ‘Eternals’. To film for Eternals, she took a leave of absence from The Walking Dead, not appearing in six consecutive episodes of the show’s 10th season.

Lauren is a married woman. She is married to Douglas Ridloff who is also deaf. They married in 2006 and has two children together, both boys and both deaf. To take care of her children, she left her teaching job. The family now lives in Brooklyn, New York.

As of 2021, Lauren Ridloff’s net worth is estimated to be around $800,000. Her appearance on several movies and TV shows have contributed enormously to her net worth growth.

Olivia Cooke Net Worth: How Rich is Olivia, Anyway?

Taylour Paige Net Worth: How Rich is Taylor, Really?