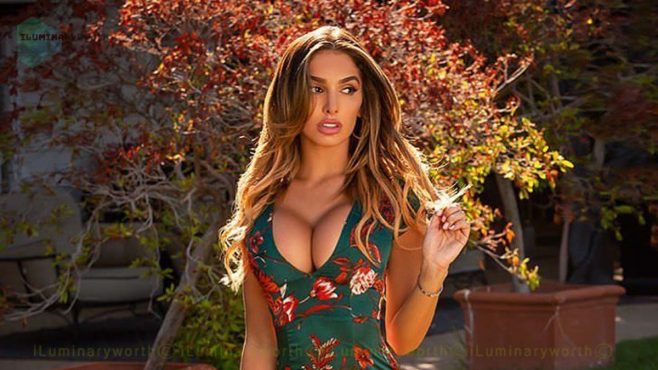 Lyna Perez is a popular American based model. She became popular for her eye-catching bikini and lingerie-clad pictures on Instagram. As of 2020, Lyna Perez net worth is estimated to be $700,000.

Perez was born on 4th November 1992 in Miami, Florida United States. Not much information is known about her parents, siblings, or the school she attended but the bikini model grew up in Miami.

From her Instagram updates, Perez is currently in a relationship but has not given the identity of her boyfriend. She is a huge fan of Biggie Smalls and says Warning is one of her favorite songs.

Perez started off her career at the age of 14. She volunteered to help a friend in a photography project. She took her profession seriously at the age of 18 and started contracting photographers and different modeling agencies to expand her career. Lyna has an amazing body with great features that have helped her succeed in her modeling career.

Perez has been active in social media for a long time. Social media has made her become a star. She has about 5.2 million followers on Instagram, 146k followers on Twitter, and about 22k followers on her Facebook account. She has utilized these platforms to market herself and earn money at the same time. Perez has been contracted by different companies to advertise their products. She also appears in different magazines including the Playboy magazine.

Perez uses her career experience to encourage young and aspiring models. She shares her career journey and what has made her get where she is. Her level of exposure has attracted many sponsors, big brands, and promotion companies. As a bikini and lingerie model, she has attracted a lot of controversy and praise at the same time. She says confidence and focus are what keeps her going.

Lyna says her beautiful body is the main source of income and she is not afraid to openly flaunt her body parts. She has been described to basically live in a bikini. She has an oval-shaped nice face a big burst and sizable hips which gives her an hourglass figure.

Lyna Perez’s has a current net worth of $700,000. Her main source of income is from her career as a model. She also earns from her social media pages where she has a huge following. She has also earned a good amount of money from advertising and appearing in magazines.