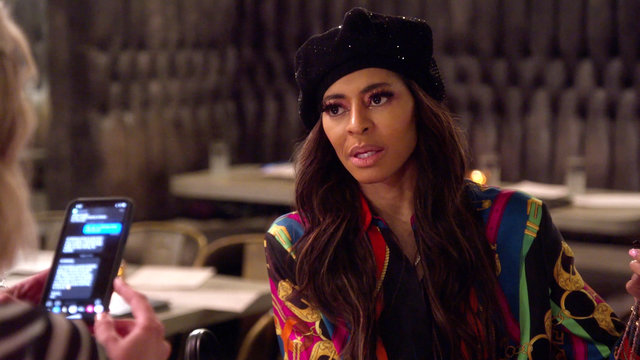 Mary Cosby was born as Mary Martha Harris. She was born on April 10, 1972, in Utah. She is the granddaughter of Dr. Rosemary “Mama” Cosby. In 1961, Mama Cosby moved with her four children to Utah and founded the Faith Temple Pentecostal Church.

Mama Cosby is known to many as a Pentecostal pastor. She also had hand in building other enterprises like real estate, homes, businesses, and churches.

Prior to joining the Real Housewives of Salt Lake City, Mary Cosby used to work at Faith Temple Pentecostal Church and handled everyday operations. She is the First lady and evangelist of Faith Temple. Soon after her grandmother died, she inherited all the family empires marrying Bishop Robert C. Cosby.

Mary described that she married Robert in order to save her family’s business. She owns several restaurants, churches, and other business companies. In addition to that, she was preparing to launch an online art and clothing store.

Mary Cosby stands at a height of 5 feet 4 inches or 163 cm tall and weighs around 55 kg or 121 pounds. Her body measurements are 32-23-33 inches. Likewise, her hair color and eye color are both dark brown.

Related Posts  Antonia Lofaso Net Worth: How Rich is the Chef Actually?

Regarding her personal life, she married her grandmother’s second husband, Robert C. Cosby, immediately after her demise in 1997. At that time, she was 24 and Robert C. Cosby was 45. They have a teenage son. The marriage might seem shocking that Cosby married to step-grandfather but she opened up about the reason why she feels it was meant to be. She stated, “we were kind of a, I would say, an arranged marriage. It was kind of in my grandma’s will for us to marry”.

In fact, according to an article from People, her grandmother said, “If anything ever happens to me, Bobby, I want you to marry one of my girls because they’ll look out for you”. Mary Cosby has admitted that she hears a lot of backlash about her marriage, but she is happy in spite of their age gap and controversies.

Although her exact net worth is difficult to predict, several sources estimate it to be over $2 million. She inherited that amount of fortune from her grandmother’s businesses.