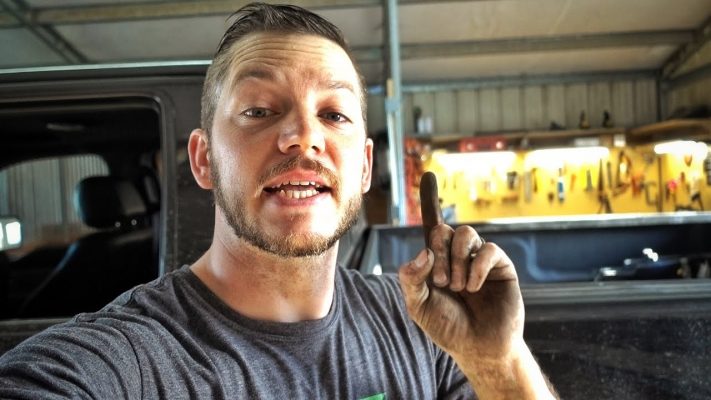 Doctor Mathew Lee Carriker popularly known as Matt Carriker is a well-known American veterinarian and YouTube personality. He is the founder of three popular YouTube channels: DemolitionRanch, Vet Ranch, and OffTheRanch. As of 2020, Matt Carriker net worth is estimated to be $1 million.

Matt Carriker was born on 21st October 1986, in Texas, United States. His father is a veterinarian. He has three siblings’ two brothers named Mark and Andrew and a sister called Ali. Matt is married to his high school girlfriend Meredith Atkinson since 2007 and they are blessed with three children.

He attended Texas A&M College of Veterinary medicine and Biomedical Sciences and received his veterinary license in 2012.

Matt practices veterinary medicine at Fair Oaks Veterinary Clinic in Texas. He also owns Bunker Branding Co. which is a company that manufactures and sells apparel, embroidered clothes, and merchandise to his YouTube channels, other YouTubers, and business owners.

Although he excels in his career as a veterinarian, Matt is better known as a YouTuber. He started his first YouTube channel OffTheRanch in 2007. The channel is exclusive to sharing videos and information about his personal life and family. So far the channel has reached over 2 million subscribers and millions of views. It is a great success for him.

With his initial success on the OffTheRanch YouTube channel and his love for documenting his life experiences and adventures in the forest, he decided to create a second YouTube channel called DemolitionRanch in 2011. The channel is a firearms channel that includes videos of his adventures with firearms. It has garnered more than 5 million subscribers so far.

He started a third channel called VetRanch in January 2014. The channel includes videos of his team’s animal rescue efforts. He also started a non-profit organization called Vet Ranch. The organization consists of a group of veterinarians including fellow graduates from A&M College. They treat animals from the streets and High- Kill shelters. Most of the animals come from San Antonio Pets Alive- an organization that helps the animals to find a home once they are treated. The expenses are collected through the Vet ranch organization and YouTube channel.

Matt Carriker has an estimated net worth of $1 million as of 2020. His mains source of income is from his YouTube channels and his career as a veterinarian at Fair Oaks Veterinary Clinic. He also earns from the sale of his products from Bunker Branding Company.