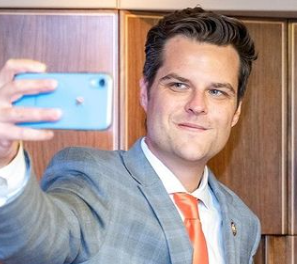 Matt Gaetz was born on May 7, 1982 in Hollywood, Florida. He is 38 years old. As a child Matt Gaetz attended Bluewater Elementary school in Niceville, Florida. He then attended Ruckel Middle School through his youth. He went on to attending Florida State University (FSU). At FSU, he graduated with a B.S. in interdisciplinary studies in 2003. Upon graduating, Matt Gaetz attended law school at William and Mary Law School for his J.D., graduating in 2007.

After graduating from William & Mary Law School with a J.D., he worked as a lawyer for a law firm in Fort Walton, Fl. In 2010, Ran Sansom had resigned as the Florida’s representative as he was accused and charged with corruption. A special election led Matt to win with 43% and take hold of Florida’s 4th district.

Matt Gaetz is undergoing an investigation by the Justice Department to see if Gaetz had sex with underage girls and violated federal sex trafficking laws. At the time of this post, there have been no charges and Gaetz has denied the allegations.

According to sources from CNN, “Gaetz allegedly showed off to other lawmakers photos and videos of nude women he said he had slept with.” See Source.