Matt Nagy Net Worth 2020: How Rich is the Chicago Bears' Head Coach?

Matt Nagy Net Worth 2020: How Rich is the Chicago Bears' Head Coach? 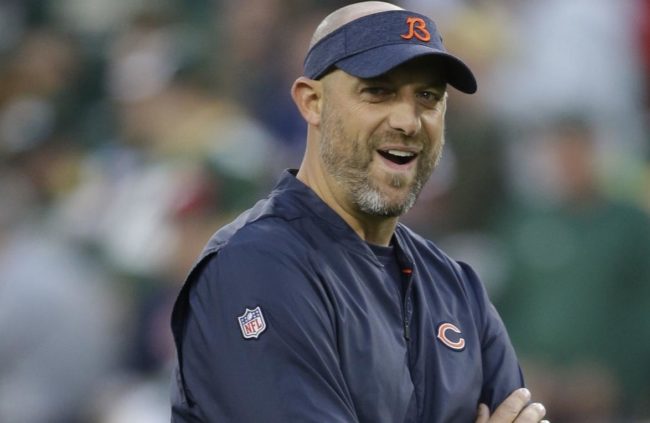 Matt Nagy is an American football coach and a former player. He is currently the head coach of the Chicago Bears of the National Football League. As of 2020, Matt Nagy net worth is estimated to be $5 million.

Nagy was born on April 24, 1978, in Dunellen, New Jersey to Gail Stouch and Bill Nagy. Growing up, Matt showed great skill in football. He went to Manheim Central High School where he played high school football as a quarterback and basketball. During his time at the high school, he was ranked No. 1 in Class AAA and also won the Lancaster County Most valuable player.

Matt then played his college football at the University of Delaware. He played for the Delaware FIghtin’ Blue Hens from 1997 to 2000. He finished his college career with 8,214 passing yards, 58 touchdown passes, and a rating of 146.74. As a student, he received a bachelor’s degree in health and physical education.

As a professional player, Nagy was selected by New York Giants as a free agent. After failing to receive NFL contract, he joined AFL where he spent six seasons playing for teams like New York Dragons, Carolina Cobras, Georgia Force, and Columbus Destroyers.

Nagy became an assistant coach with the Philadelphia Eagles spending almost five years under head coach Andy Reid after he ended his playing career in 2008. After a disastrous campaign in 2012, Andy Reid was fired by Eagles, and Nagy followed him to become the quarterbacks’ coach at the Kansas City Chiefs. He was then promoted to the role of offensive coordinator in 2016.

Related Posts  Cameron Smith Net Worth: How Rich is the Australian Golfer?

Nagy was named the Chicago Bears’ head coach in 2018. In his first season as a head coach, the Bears won NFC North for the first time since 2010. In 2019, he received Coach of the Year honors from the Pro Football Writers Association and Associated Press. He was the first Bears coach to be given that award since Lovie Smith in 2005.

Regarding his personal life, Matt is married to Stacey Nagy. She is his college sweetheart. Together, they have four sons.

Dan Quinn Net Worth 2020: How Rich is the Falcons’ Head Coach?