Max Ehrich Net Worth: How Rich is Demi Lovato's Ex-Fiance? 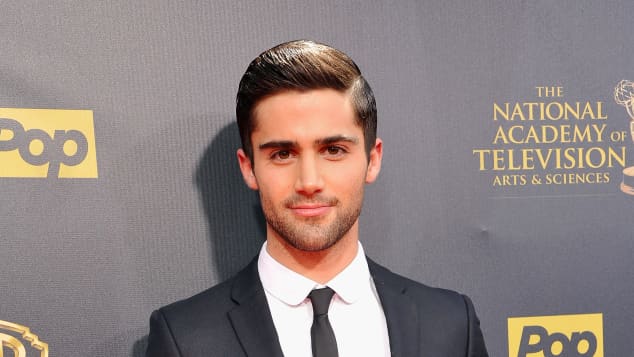 Max Ehrich is an American actor, dancer, and occasional singer. He is best known for his role as Fenmore Baldwin in “The Young and the Restless”. As of 2020, Max Ehrich net worth is estimated to be $2 million.

Max Ehrich was born on June 24, 1991, in New Jersey to parents Bruce Ehrich and Rhonda Ehrich. His father worked for the New York Department of Environmental Protection as a chief health and safety manager while his mother was a middle school teacher. Max also has a brother in his family named Matthew Ehrich who is an investment banker.

His career started in 2004 in the movie “One Easy Job”. He then went on to start in supporting role in several television shows like “High School Musical 3: Senior Year”, “Ugly Betty’s Season 3”, and “The Pregnancy Pact”. He also portrayed the role of Adam in iStart A Fan War, a TV movie for the Nickelodeon show, iCarly.

His biggest year as an actor came in 2012 when he was cast as Fenmore Baldwin in soap opera “The Young and the Restless”. He earned a Daytime Emmy Award nomination for his role as Fenmore under the category Outstanding Younger Actor in a Drama series.

In addition to that, Ehrich has also appeared in several other television shows like “Under the Dome”, “Law & Order: Special Victims Unit”, “100 Things to Do Before High School”, “The Path”, “Sweet/Vicious”, and “American Princess”. He has also starred in the Netflix film “Walk. Ride. Rodeo”.

Regarding his personal life, Ehrich is engaged to singer and songwriter Demi Lovato. She announced her engagement in an Instagram with a caption: I knew I loved you the moment I met you. It was something I can’t describe to anyone who hasn’t experienced it firsthand but luckily you did too… I’m honored to accept your hand in marriage. I love you more than a caption could express but I’m ecstatic to start a family and life with you. I love you forever my baby. My partner. Here’s to our future!!!!”

However, two months later, the couple separated and called off their engagement. He is now dating a new girl whose name is not available at the moment.