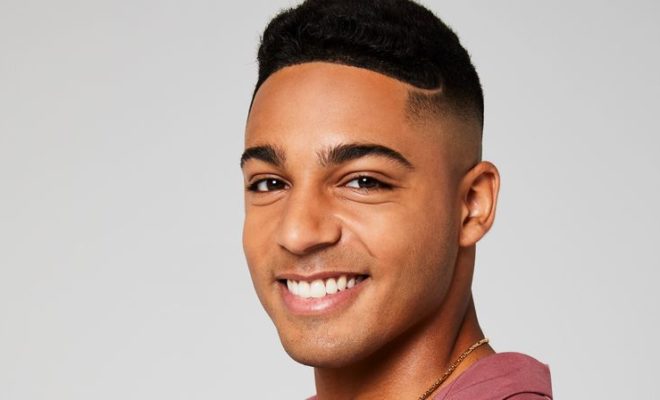 Michael Evans Behling as an American actor and model. He is best known for his role on the series “Empire” and “Grey’s Anatomy”. He also played as Jordan Baker on the television series “All American”. Michael Evans Behling’s net worth at the moment is estimated to be $500,000.

Behling was born on March 5, 1996, in Columbus, Ohio. While growing up in Columbus, he played a lot of sports and was outside most of the time. Besides his passion for sports, he always knew that his dream profession was acting. In school when he was asked to write an essay about who he wants to be when he grows up, he wrote “an actor”. He gave up acting then, because of his teacher who discouraged him. Michael chose to study science in college.

As we mentioned, because he was really passionate about sports he went on to run track at Indiana State University in Terre Haute, Indiana.

The one thing that changed his mind about acting was Heath Ledger’s performance in “The Dark Knight”. Michael was obsessed with his acting skills and watched the movie about a hundred times!

Although he was a real professional when it comes to sports, he couldn’t pursue a career in sports. That was because he broke his foot twice and had two extensive surgeries. Because of that, his mother suggested for him to try modeling, which he did. Before his acting breakthrough, he appeared in many commercials for brands like Macy’s, Adidas, White Castle, Nike, and others.

His first and very successful role was on the family drama “Empire” in 2017, portraying the “Handsome Dude”. Then he got a role in the sports drama television series “All American” in 2018. In the series, he played “Jordan Baker”. “Jordan Baker” is the football coach’s son. He is really angry and jealous when another character in the series, “Spencer James” the team and his family, thus grabbing all of his father’s attention. The series has been praised by critics and has satisfied a lot of visitors to date.

In 2019, Michael got the role to play “Brady” in the popular medical drama series “Grey’s Anatomy”. This young model and actor did not stop here. The 24-years-old even has his own clothing line. He used his social media platforms which contain a lot of followers, in order to promote his clothing line. The line has products like raincoats, hoodies, sweaters, embroidered shirts, and many more.

One of the good things about Michael is that he actively advocates for animal rights and mental health awareness. He also likes to spend some time with his friends. He and costar Daniel Ezra are very close and frequently hang out after filming.

The 24-year-old actor stands at a height of 6 feet 2 inches or 188 cm and weighs around 91 kg or 200 pounds. His chest size, arms size, and waist size are 42 inches, 14 inches, and 34 inches respectively. Meanwhile, his hair color is dark brown and eye color is black.

Michael Evans Behling wasn’t always the successful man he is today. There was a time when he hadn’t had a place to sleep and live. He used to live in his friend’s house until he got some money to live on his own. They say hard times show our true friends and they sure did for Michael. Today his net worth is speculating to be around $500,000. His income is from his acting career, but also modeling, commercial advertisement and many more.