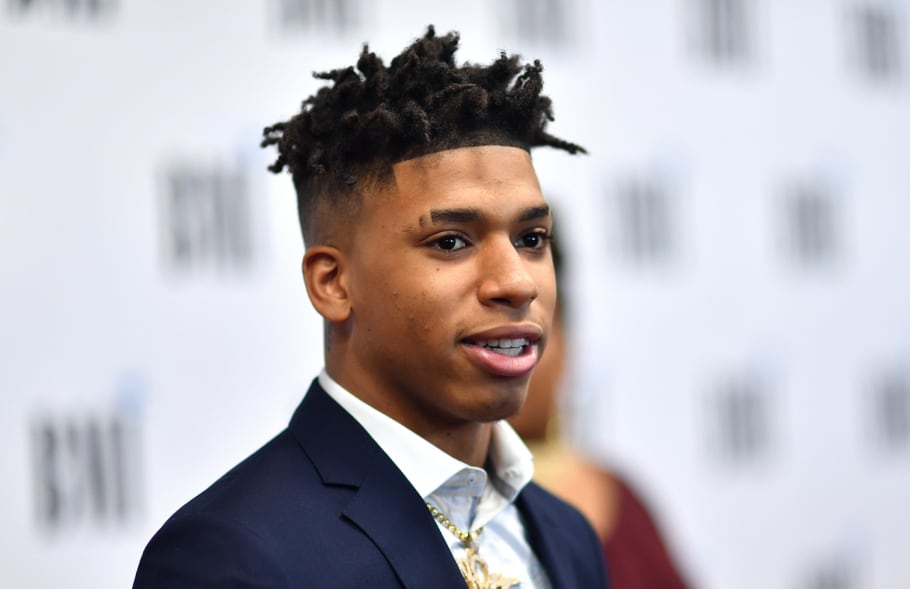 Bryson Lashun Potts popularly known as NLE Choppa is an American rapper, singer, and songwriter. He is famous for his hit single Shotta Flow which was certified platinum by the RIAA. As of 2020, NLE Choppa net worth is estimated to be $3 million.

NLE was born on 1st November 2002. He grew up in parkway Village, Memphis Tennessee. His mother is Jamaican while his father is African –American. He was mainly homeschooled during his elementary years before joining Cordova High School where he played basketball.

He served some time in juvenile detention during his younger years and claims it was during this time that he was motivated to change his life and describes it as an eye-opener.

NLE released his first song No Love Anthem in February 2018 under the name YNR Choppa. He later released a mixtape No Love the Takeover and also appeared on No Chorus Pt.3 which is a cipher-style song from his Shotta Fam Collective. His dance moves on this song made him stand out and earned him online recognition. Choppa’s mother has been his manager since he declared interest in music as a young boy.

His 2019 video of Shotta Flow garnered over 10 million views within a month of being released. It was also highlighted by Pitchfork as the song of the day a few weeks after it was released. The song became number 96 on the Billboard Hot 100 in May 2019 and later peaked at number 36. The official remix featuring Blueface was released in June after the original song was certified platinum by the RIAA.

His next song Shotta Flow 2 received over 20 million views within two months of its release and Carl Lamarre, from Billboard, commented that his dominance has silenced any of his detractors. He ignited a bidding war between some top recording labels with some bidding about $3 million. Choppa turned them down and instead signed with an independent distribution company UnitedMasters.

He released a new song in May 2019 called Blocc is Hot specifically made as his special tribute to his favorite childhood rapper Lil Wayne. He made his music festival debut at the Beale Street Music Festival in Memphis. In December 2019, he released his first extended play called Cottonwood. This EP was named after the place he spent his childhood.

As of 2020, NLE Choppa has an estimated net worth of $3 million. His income is mainly from his singing career. The rapper is still very young at only 19 years old. His net worth is expected to grow immensely as he advances in his career.