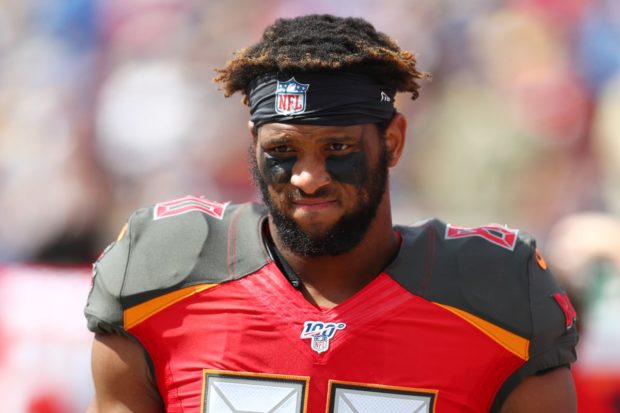 O’Terrius Jabari Howard shortly known as O. J. Howard is an American football player who plays as a tight end for the Tampa Bay Buccaneers of the NFL. As of 2020, O. J. Howard net worth is estimated to be $3 million.

Howard was born on November 19, 1994, in Prattville, Alabama. He attended Autauga Academy in Alabama. He was rated as a five-star recruit by rivals.com and scout.com. Howard was also ranked as the best tight end in his class.

In 2016 as a senior, Howard had 45 receptions for 595 yards and three touchdowns. Coming out of college, Howard was considered as a first-round pick by the NFL scouts. In 2017, Tampa Bay Buccaneers selected him in the first round. He signed a four-year contract with Buccaneers worth $11 million with a $6.2 million signing bonus.

Related Posts  Adam Long Net Worth: How Rich is Adam Long Actually in 2020?

Howard started his first season as one of the starting tight ends along with veteran Cameron Brate. He started 14 games in his rookie season recording 26 receptions for 432 yards and six touchdowns. His memorable match came in 2018 in the second week against the Philadelphia Eagles. He recorded a 75-yard touchdown reception from Ryan Fitzpatrick as a part of a 96-yard performance in the victory. He finished his second season with 34 receptions for 565 yards and 5 touchdowns. In his third season, Howard played in a total of 14 games recording 34 receptions for 459 receiving yards and one receiving touchdown.

Mike Bibby Net Worth: How Rich is Mike Bibby Actually in 2020?