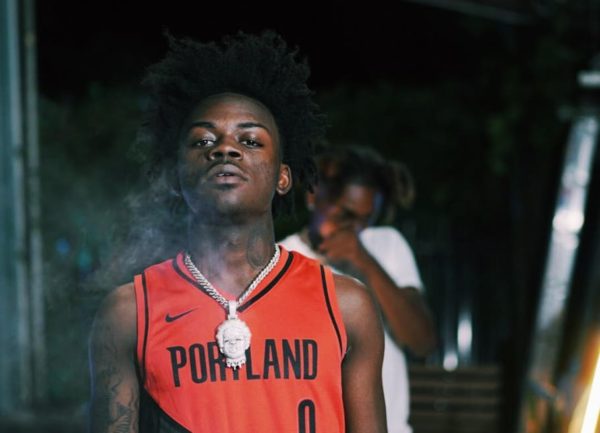 Quin NFN is an American rapper from Austin, Texas. He is best known for his songs “Gang Shit” and “Check.” As of 2020, Quin NFN net worth is estimated to be around $350 thousand.

Quin NFN was born Quinlan McAfee on January 18, 2001, in Austin, Texas. He was exposed to R&B music at a young age and started rapping at age 6. McAfee grew up near a recording studio in Northeast Austin, where he became acquainted with local rappers.

He lists Lil Wayne as an artist he looks up to. Quin was a good student in school but dropped out of high school to pursue a full-time rapping career.

Quin NFN is still an up-and-coming rapper. He appeared on SayCheese TV in 2017, where he garnered the attention of record labels. That year, he took to SoundCloud to release the songs “In There” and “Way Up” featuring Lil Tayy. His hit “Game Time” was released on SoundCloud in June 2017, and the song gained some traction. He went on to produce “Game Time Pt. 2” and “Game Time Pt. 3.”

In 2018, Quin NFN started gaining steam. He put out his first mixtape, Stain or Starve in November of 2018. The tracks on the tape include the popular “Gang Shit” and “Feelin’ It.” In 2019, Quin signed with 10K Projects.

Related Posts  Justin Rarri Net Worth: How Rich is the Rapper Actually?

Quin has also collaborated with a number of artists, including Drewuap, Marc Countup, and Nfamous. He has opened for the artist Smokepurpp.

His latest releases include his 2019 mixtape 4NUN and 2020’s Quincho. 4NUN contains hit songs “Talkin’ My Shit” and “Check,” while Quincho was just released in March of 2020 and is gaining popularity with the singles “Crash Dummy” and “Ok Cool.” Quin NFN hopes to be “the biggest thing out” in the rap industry.

The rapper from Texas stands to be 5 feet 8 inches or 173 cm tall and weighs around 70 kg or 154 pounds. His body measurements are not available at the moment. Meanwhile, his hair color and eye color are both black.

As of 2021, Quin NFN has a net worth of about $350 thousand. His income comes from his music sales and various performances. As he continues to generate new listeners, his net worth is sure to grow.