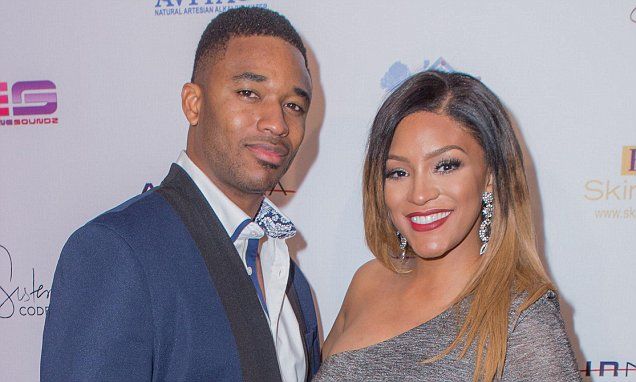 Ralph Pittman is an American businessman. He is best known for being the husband of Drew Sidora. As of 2020, Ralph Pittman net worth is estimated to be around $2 million.

Pittman was born on January 31, 1983, to parents Ralph David Pittman Sr. and Sherine Pittman. His father owned and ran a car service named ‘Absolutelyontime’. Unfortunately, his father passed away on September 1, 2020. He also has three siblings named Phillip Hawkins, Bryan Pittman, and Racquel Woods in his family.

Regarding his education, Pittman went to Rutgers University where he studied Business Economics. He graduated from college in 2006. During his time at the college, he played football and also studied music theory.

After graduating from college, Pittman joined Cardinal Health as an account manager. The company is a tech-company that sells software to Pharmaceutical companies. After three years, he decided to quit and joined Sparta Systems Inc. where he worked as a business consultant. However, he quit his job to join ADP in 2012.

He joined ADP as their account executive and worked there for almost two years. After that, he joined Monster in Chicago where he was hired at the position of strategic account manager in healthcare. In 2016, he started working for Gartner as an enterprise account manager. After some years, he became a full-time Client Executive for the company.

Like his wife, Pittman also has an interest in music. He founded “My Mind Music”, music enrichment and wellness company that made therapeutic music to improve the quality of life.

Regarding his personal life, Ralph is married to actress and musician Drew Sidora. They met for the first time during the TLC biopic press tour in 2013. Six months later, they got married. Pittman and Sidra have two children together, a son and a daughter. Sidora also has a 9-year-old son from her previous relationship.

However, their marriage has been somewhat shaky as Sidora accused her husband of spying on their family while he was gone. In an episode of RHOA, Sidora told: “I didn’t know there was a camera there, and I saw the camera and you were watching us”. She added, “Were you watching us when you were gone?”. Although Ralph admitted that he had cameras everywhere, he denied that he was watching the video.

Thomas Girardi Net Worth 2020: How Rich is Erika Jayne’s Husband?