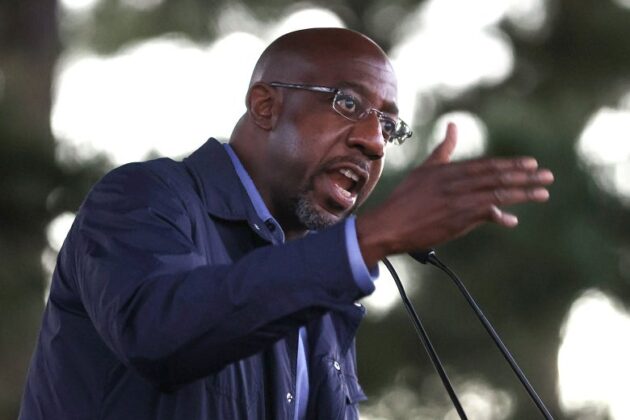 Raphael Warnock is an American politician who is running in the 2020 U.S. Senate election in Georgia against Kelly Loeffler. Warnock is also the senior pastor of Ebenezer Baptist Church which he had held that position since 2005. As of 2020, Raphael Warnock net worth is estimated to be roughly $900,000.

Raphael Warnock was born on July 23, 1969, in Savannah, Georgia as the eleventh of twelve children born to Verlene and Jonathan Warnock. His father served in the U.S. Military during World War II.

As a pastor, he advocated for clemency for Troy Davis. In 2011, he gave the benediction at the public prayer service at the second inauguration of Barack Obama.

Warnock’s rise in politics came in his promise to expand Medicaid in the state. In 2013, he led a sit-in at the Georgia State Capitol to press state legislators to accept the expansion of Medicaid offered by the Affordable Care Act. In 2015, he considered running in the 2016 US Senate election against Johnny Isakson but opted not to run.

In January 2020, Warnock decided to run in the 2020 US senate election against Kelly Loeffler. He has received endorsements from several democratic leaders including Cory Booker, Kirsten Gillibrand, Chris Murphy, Bernie Sanders, and Elizabeth Warren, and also former presidents including Barack Obama and Jimmy Carter. Warnock is running against Kelly Loeffler in the run-off election which is scheduled for January 5, 2021.

Who is Raphael Warnock’s Wife?

Warnock married Oyleye Ndoye in a public ceremony on February 14, 2016. Together they have two children. However, their marriage lasted for only 3 years as they separated in November 2019. Their divorce was finalized in 2020, before the November 3 general election.

Although his financial statements are not available publicly, we estimate his net worth to be ranging from $500,000 to $900,000. His career as a pastor and politician has helped him to amass a great amount of wealth.