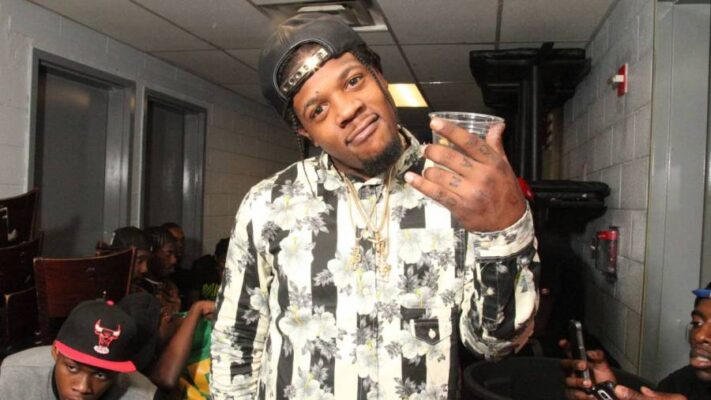 Chad Marshall who goes by the stage name as Rowdy Rebel is an American rapper. He is a member of the GS9 crew. As of 2020, Rowdy Rebel net worth is estimated to be roughly $300,000.

Marshall was born on November 24, 1991, in Brooklyn, New York. He grew up in a neighborhood called “the 90’s” in the East Flatbush area. His nickname of rowdy was given in a child. He is of Jamaican and Bajan descent.

Unfortunately, not much is known about his early life including family details. What we know is that his father’s name is Larry Marshall. He also has a brother named Remy “Fetti” Marshall.

Rowdy is famous for being a member of the Brooklyn-based hip hop group “GS9 Crew”. Many members of GS9 including Bobby Shmurda was from the same East Flatbush locality.

Marshall’s rise in hip hop industry came in 2014 with the rise of his GS9 member Bobby Shmurda. In 2014, he was signed to Epic Records just two weeks after Bobby Shmurda signed his deal with Epic. He was featured on a remix of Shmurda’s hit song “Hot Nigga”. He partnered with some of the biggest names like Fabolous, Jadakiss, Chris Brown, Busta Rhymes, and Yo Gotti for the release of that hit music.

In 2020, he released the single “Make It Rain” with deceased rapper Pop Smoke. The track was a massive hit and debuted at number 51 on the Billboard Hot 100 making Marshall’s first charting single on the Billboard.

However, his career has been marred by his time in prison. In late 2014, he was arrested by the NYPD for conspiracy, attempted murder, attempted assault, and criminal possession of a weapon. Mashall, Bobby Shmurda, and 13 other associated members of GS9 were also arrested for various charges including drug dealing.

Marshall pleaded guilty in exchange for a deal that sentenced him to 6-7 years in prison. On December 15, 2020, he was released from prison after serving 6 years behind bars. His friend Bobby Shmurda will spend another year in prison.

The 29-year-old rapper from New York stands at a height of 5 feet 9 inches or 175 cm tall and weighs around 70 kg or 154 pounds. His body measurements like chest, arms, and waist size are not available at the moment. Likewise, his hair color and eye color are both black.

As of 2020, Rowdy Rebel net worth is estimated to be in the range of $200,000 to $500,000. He is yet to burst in the hip ho scene big time. His income comes mainly from recording deals, music sales. His earnings has been impacted significantly due to the result of him sitting behind the bars.

Related Posts  The Kid Laroi Net Worth 2020: 4 Interesting Facts You Should Know
Related Topics:
Up Next