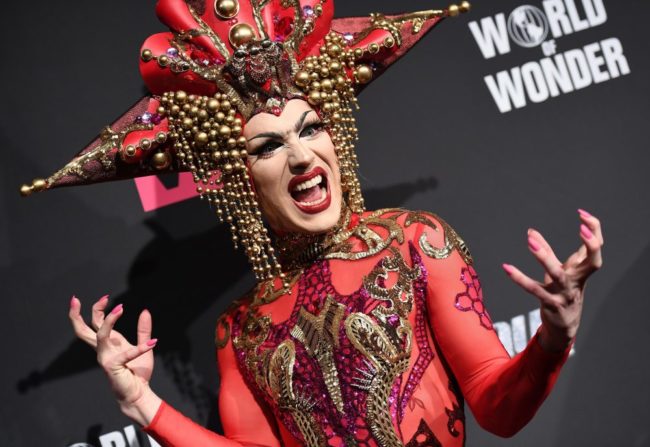 Sasha Velour is an American gender-fluid drag queen from Brooklyn, New York. Sasha is best known for winning RuPaul’s Drag Race in 2017. As of 2020, Sasha Velour net worth is estimated to be $2.5 million.

Sasha Velour was born Alexander “Sasha” Hedges Steinberg on June 25, 1987, in Berkeley, California. She was raised in Connecticut and then moved to Illinois with her family at age 9. Steinberg went on to study at Vassar College in New York. She received a BA in Modern Literature.

In 2013, she received her MFA in cartooning from the Center for Cartoon Studies in Vermont. She began a career as a freelance graphic designer. She took on the Sasha Velour persona during this time.

As an eccentric artist herself, she loved the art of drag. Many of Sasha’s comics and illustrations have been published in magazines such as Cicada Magazine, QU33R, and The Nib. In 2014, she founded the magazine Velour, The Drag Magazine. The magazine consists of interviews, art, and illustrations that highlight the beauty of drag. In 2015, Sasha produced a monthly drag show in Brooklyn called Nightgowns. Sasha is passionate about giving drag queens a safe space to express their creativity.

In 2017, Velour won “Drag Queen of the Year” and “Best Visual Artist” at the Brooklyn Nightlife Awards.

Sasha’s signature bald look is actually a tribute to her late mother, who had lost her hair during cancer treatments. Since winning RuPaul’s Drag Race in 2017, she has continued to expand her show Nightgowns. She keeps in touch with her fellow queens from season 9 and says that some of them call her for costume advice.

Sasha currently stands at a height of 5 feet 9 inches or 175 cm tall and weighs 65 kg or 143 pounds. Her body measurements are not available to us. Meanwhile, she is bald and her eye color is blue.

As of 2020, Sasha Velour has a net worth of around $2.5 million. The success of her businesses with the addition of being named Drag Race champion to her repertoire will certainly boost her net worth.

Sasha has a show called Nightgowns currently airing on Quibi.