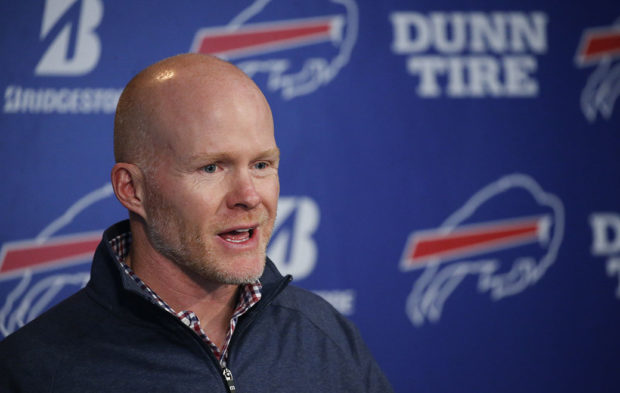 Sean McDermott is an American football coach who is recently in charge of the Buffalo Bills of the National Football League. As of 2021, Sean McDermott net worth is estimated to be $5 million.

McDermott was born on March 21, 1974, in Omaha, Nebraska. He went to La Salle College High School where he was named All-Southeastern Pennsylvania at defensive back in 1992. He was also a national prep champion wrestler in 1992 and 1993. McDermott graduated from the school in 1993 and then joined the College of William and Mary where he received a bachelor’s degree in finance. During his time at the university, he received Academic all-conference honors in 1996 and 1997 and also NSCA Strength and Conditioning All-America honors.

On January 17, 2011, he was hired as the defensive coordinator of the Carolina Panthers. As a defensive head, he led Panthers to finishes in the top ten in overall defense from 2012 to 2015. In 2015, Panthers also reached Super Bowl 50 but lost the game to the Denver Broncos by a score of 24-10.

Related Posts  Mike Bibby Net Worth: How Rich is Mike Bibby Actually in 2020?

McDermott was then hired by the Buffalo Bills in 2017 as the head coach of the team. His debut win as a head coach came in the season-opening against New York Jets.  The Buffalo Bills had a hard time after the string of losses at the middle of the competition. Despite those results, Bills clinched the AFC’s 6th seed and their first playoff appearance in 18 years. Unfortunately, Bills went on to lose the game to Jacksonville Jaguars in the AFC Wild Card game.

McDermott had a good 2019 season as he was nominated for the NFL Head Coach of the year. He led the Bills to a 10-6 record and their second playoff berth in three seasons. In his coaching career from 2017 to 2019, McDermott has won 25 games and lost 23 with a win percentage of 52.1%.

Regarding his personal life, McDermott is married to Jamie. They have two children, one son, and one daughter. The family resides in East Amherst, New York.

Bruce Arians Net Worth 2021: How Rich is Buccaneers’ Head Coach?