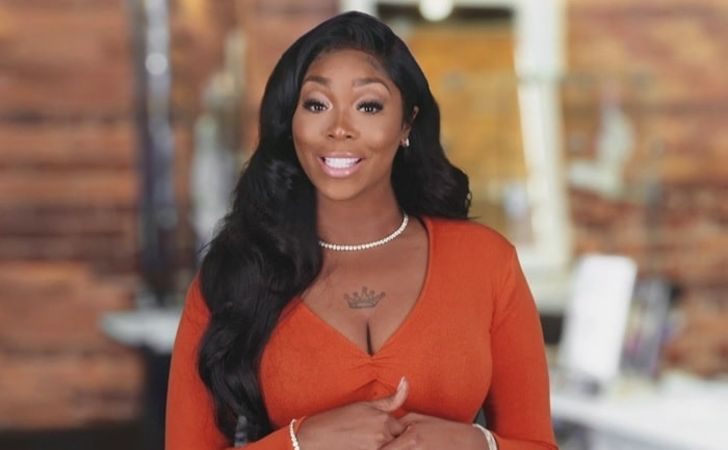 Sierra Gates is a celebrity makeup artist and entrepreneur. She is the owner of Glam Shop hail salon and also the owner and founder of Sierra’s Secrets Cosmetics. As of 2020, Sierra Gates net worth is estimated to be $1 million.

Sierra was born on 24th May 1989 in Decatur, Georgia in the United States. She is an American of black ethnicity. She became pregnant with her first child at the age of 15 and dropped out of school. Her parents kicked her out of their home and she became homeless.

Sierra was married to her ex-husband Rod Gates up until 2018 when they finalized their divorce. They have two children together. She had her first child Paris when she was 15. She pays child support to her former husband.

Sierra started working at the age of 16. As a young mother, she had to look for ways of taking care of her daughter. Gates got a job as a makeup artist at a makeup kiosk in a mall. She didn’t know the job but she was determined to learn. She has perfected her skills over time.

With the skills, she had gained and the love of the job, she started her makeup business though she faced some obstacles after some slight obstacles at the beginning. She regained her confidence and launched her cosmetic line in 2010. She has been growing steadily in the beauty and fashion scene in the last couple of years.

Sierra has proved that hard work and dedication leads to success. She opened The Glam Shop, a beauty shop that offers several services including, Micro-blading, full-face glams, lash extensions, and hair services. The business was aimed at expanding and educating people on her expertise. She has been traveling around the United States teaching people how to perfect eyebrow symmetry and all aspects of Micro-blading.

Gates started appearing in the popular show Love and Hip hop: Atlanta in season six. She was also taken in for season seven. Her beauty business keeps growing and she has also become an advocate for teen mothers and other young people experiencing difficulties in their life. She shares her personal experience to inspire them to move on in life.

As of 2020, Sierra Gates net worth is estimated to be over $1 million. Her main source of income is her beauty businesses. She also earns good money as a cast member on the Love & Hip Hop Atlanta shoe.

Dayna Kathan Net Worth: How Rich is VanderPump Rules Star?