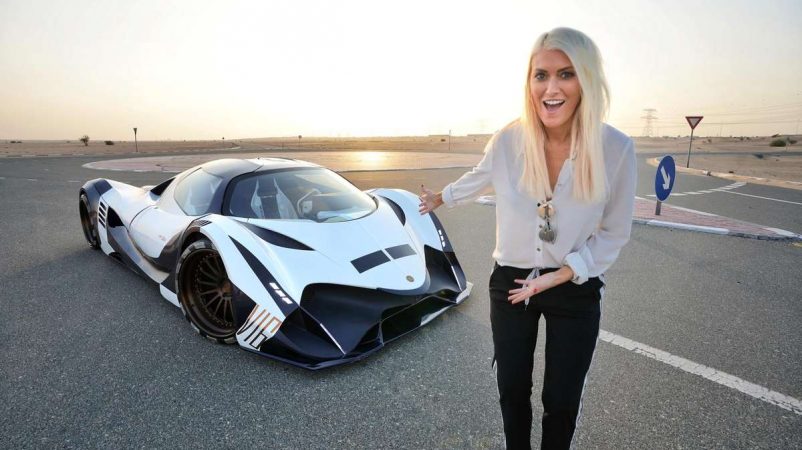 Alexandra Mary Hirschi known by her online moniker as Supercar Blondie is an Australian social media star, presenter, and vlogger. She is known for posting automotive related videos on her social media profiles like Facebook, Instagram, and YouTube. As of 2020, Supercar Blondie net worth is estimated to be $17 million.

Hirschi was born on September 21, 1985, in Brisbane, Australia, and grew up in Queensland, Australia. She had an interest in cars from an early age. In fact, the first car she owned was the Mitsubishi Lancer.

Regarding her education, she went to the Queensland University of Technology where she studied Journalism & Business. Prior to becoming a social media star, she was a newsreader and presenter for a talk radio show. She interviewed many high-profile celebrities like John Travolta, Jake Gyllenhaal, and Liam Neeson.

Regarding her personal life, she is married to Nik Hirschi. We don’t have an exact date on when they got married. Her husband is very supportive of her and works behind the scene as her manager. 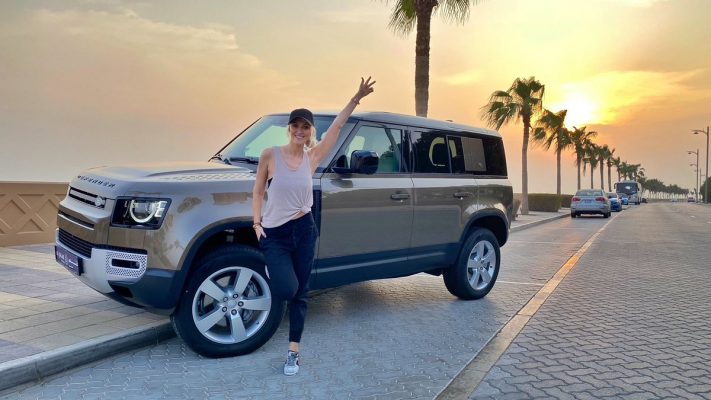 After Hirschi decided to quit her job as a presenter, she became a full-time social media influencer. As she lives in Dubai, she loved seeing supercars on a daily basis. In an interview, she once said “I met up with 60 other supercar owners near UAE-Saudi Arabia border, and we were escorted by Dubai Police Supercars – with a LaFerrari leading our convoy— and a helicopter throughout our trip. It was incredible, and that’s the moment I decided to quit my job on the radio and go full-time with my social media.”

In 2018, she appeared on Germany’s free to air TV RTL II on the car show “Grip DAS Automagazin” where she presented the Bugatti L’Or Blanc and the La Ferrari Aperta. A year later, she hosted the new car TV show “Car Crews”. The show focuses on uncovering different car cultures across the United States.

Alexandra Hirschi has received several recognitions to her name. In March 2018, she was listed as one of the 50 Most Influential Women in the Arab World by the Arabian Business magazine. The same month, Esquire Magazine Middle East named her Influencer of the Year. In 2020 Hirschi was awarded a Shorty Award for Breakout YouTuber.

Alexandra Hirschi has a huge social media followers on her different account. Her YouTube account (as of October 2020) has over 4.62 million subscribers. She started her YouTube channel back in 2007 and since then it has accumulated over 360,083,782 views and is growing exponentially.

Her video content is mainly about reviewing a wide range of supercars from all over the world and giving a deep insight into it. In addition to YouTube, she also has a huge following on Instagram. Her Instagram account now has over 7 million followers.

At the current age of 35, Alex Hirschi stands at a height of 5 feet 7 inches or 170 cm tall and weighs approx. 55 kg or 121 pounds. Her body measurements are not available at the moment. Likewise, her hair color is brown/blonde and eye color is dark brown.

Her huge social media presence allows different automotive brands like Bugatti and Ferrari to advertise their products through her account. Her main source of income is from sponsorships and endorsing different brands of cars on her social media profiles.

Considering YouTube only, she has over 4.7 million subscribers and with that number, she receives an average revenue of $2,500 per day from the ads that appear on the videos. According to Social Blade, she earns $53.2K to $851K per year from YouTube only.