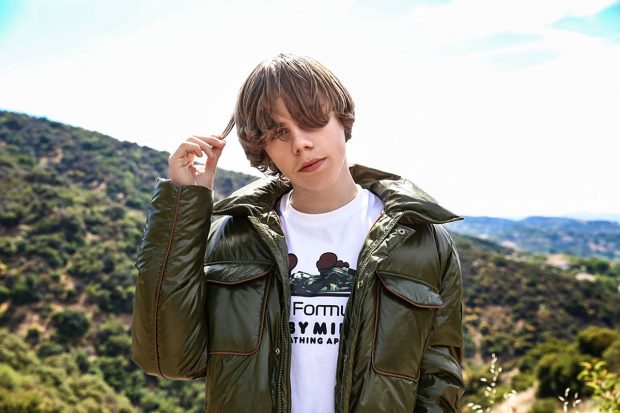 Charlton Kennedy Jeffrey Howard popularly known as The Kid Laroi is a well-known Australian rapper, singer, and songwriter. He is popular for his hit single Diva which was released in 2020. As of 2020, The Kid Laroi net worth is estimated to be $400,000.

Here are five interesting facts to know about Laroi.

Laroi was born on 16th August 2003 in Waterloo Sydney, Australia. His family moved to Broken Hill when he was seven but relocated back to waterloo when Laroi was 11. He currently lives in Los Angeles, California. As a young child, his mother discovered his love for music and she would play him music by Eryka Badu, Tupac, and Fugees. He has a younger brother called Austin.

2. He has worked with several popular rappers

Laroi participated in the Triple J Unearthed High competition and became the finalist. He signed for a recording deal with Columbia Records and Grade A productions in 2019. He had the rapper Juice Wrld who mentored him as he Australian national tours from 2018 to 2019.

Laroi released his music video Let Her Go towards the end of 2019 and when it became an instant hit after it was uploaded on Lyrical Lemonade. He later uploaded his song Diva featuring Lil Tecca on the same platform in 2020 and it became a hit garnering over 20 million views within a short time.

Laroi has collaborated with Lil Tjay to release the song  Fade away in April 2020 and later featured Juice Wrld on his hit single Hate The Other Side. The song made it to the US Billboard Hot 100 at number 52.

3. He is active on social media

Laroi maintains an active presence on social media. He uses the platform to engage his huge fan base and sharing videos of his songs. Laroi has over 300K fans following him on TikTok and his posts have received over 1.8million likes.  He also has about 982k followers on Instagram. He has a YouTube channel where he has uploaded seven videos and has about 498k followers.

Laroi has had a successful career at a very young age. He has made good money within a short time. He is managed by Grade A and they ensure his career keeps growing in the right direction. His net worth is expected to increase as he advances in his career.