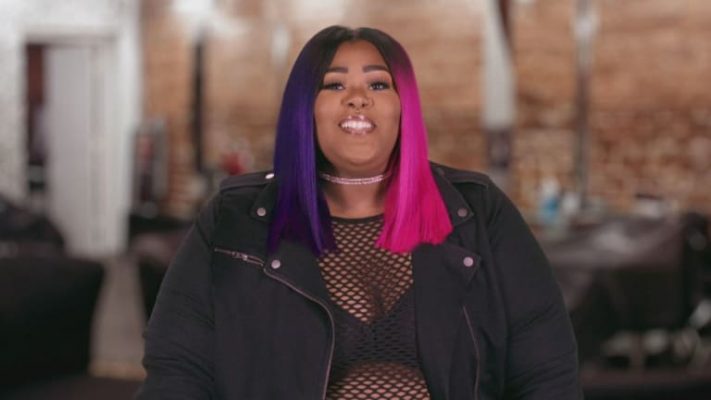 Shantell Allen, known professionally as Tokyo Vanity is a popular American rapper and Television personality. She is best known for her 2015 hit song That’s My Best Friend. As of 2021, Tokyo Vanity net worth is estimated to be $800,000.

Tokyo Vanity was born on 28th September 1994 in New Orleans, Louisiana. She is of African and American descent. Her mother is called Heleniece. There is no information about her father and siblings. Her mother appeared in one episode of Love and Hip-Hop: Atlanta in season eight when her cast members hosted a get-together between mothers and daughters

She started rapping at an early age of 10. She attended Huntington High School in Shreveport from where she graduated. Tokyo is in a relationship with Tabius Tate, a fellow singer, and a trained basketball player.

Before coming to the limelight, Tokyo posted hilarious videos on Vine and she became a social media star. She was first known for her hit song That’s My Best Friend. The video was well-received on Instagram and Vine where it received a huge number of views. She also starred in Love & Hip-Hop and most of her singles have been played in the show.

She currently plays a role in Love and Hip-hop – a TV series focused on the Hip-Hop Industry and studies the real-life struggles of women in the industry. Tokyo is the youngest star to be cast in the show as she was just 23 years old at the time. She has appeared in thirty episodes of the show over two seasons even though she is only billed as a supporting cast member.

Tokyo started a weight loss program after one of her friends, Sierra, voiced her concerns about her weight and general health. She has been sharing her weight loss journey and has uploaded several videos while at the gym. One such recent video has received over 750,000 views. The motivation she gets from her online friends keeps her going.

Tokyo has a very active social media presence. She has over 2.8 million followers on Instagram where she shares pictures and videos of her rapping and spending good times with her friends.

As of 2021, Tokyo Vanity net worth is estimated to be $800,000. Her income is mainly from his singing career. We expect her net worth to increase rapidly in the future as the rapper continues to produce more songs and her appearances on the television series.

Kardea Brown Net Worth: How Rich is the Chef Actually?