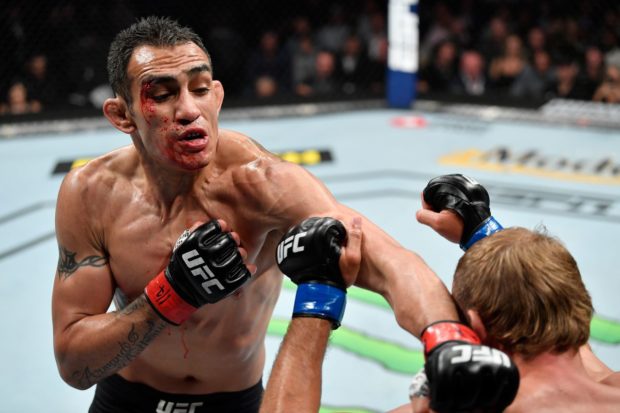 Tony Ferguson also known by the nickname “Boogyman” is a professional mixed martial artist (MMA). He is regarded as the most complete mixed martial artist on the planet. He is currently on top of his game with an MMA record of 26 wins and 3 losses. As of 2020, Ferguson’s net worth is estimated to be $3 million.

Anthony Armand Ferguson was born in February 1984 in California. He grew up in Muskegon Michigan. He acquired his last name Ferguson from his Scottish stepfather.

Ferguson attended Muskegon Catholic Central High school where he took part in three sports; Baseball, football, and wrestling. He later enrolled at Central Michigan University later transferring to Grand Valley State University he, however, dropped before completing his college education. However, he was successful in his collegiate wrestling career, where he won the National Collegiate Wrestling Association in 2006 national wrestling championship in the 165-lb division.

Ferguson moved to California and worked as a salesman and a bartender. A patron approached him one night and invited him to work with some young mixed martial artists on their wrestling. After this, he decided to create a career as a mixed martial art artist.

Ferguson finally got a chance to compete in season 13 of “The Ultimate Fighter” challenge.-a UFC reality series after making several attempts. He competed as a welterweight on the series; Team Lesner vs Team dos cantos. He was picked for Team Lesner. He defeated Justin Edwards by knock out in the first round. Later on, fought with Ramsey Nijem and he defeated Nijem by knock out on the first round to win UFC contract, he got the bonus for the Knockout of the Night.

Ferguson beat Kevin Lee to become the interim- lightweight champion of the UFC. To this day he is referred to as the people’s Champion. Ferguson has defeated his opponents throughout his career. He has so far wan 12 fights. Ferguson is the most unpredictable fighter in the UFC. He has a very underrated striking and this prove hard for his opponents to defeat him.

The 36-year-old MMA fighter stands at a height of 5 feet 11 inches or 1.80 m tall and weighs around 70 kg or 154 pounds. His chest size, arms size, and waist size are 38 inches, 14 inches, and 34 inches respectively. Meanwhile, his hair color and eye color are both black. 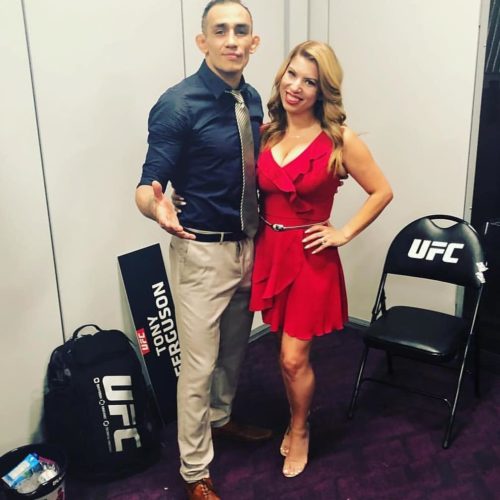 Tony has been married to Cristina Servin Ferguson since 2012. Together, they have a son.

Ferguson and his wife had a difficult time in the past. In March 2019, Cristina filed a restraining order against Tony alleging his uncharacteristic behavior, not sleeping for days, tearing apart their home fireplace, and believing that tracking chip was inserted into his leg during his leg surgery.

However, after two months, she dropped the restraining order claiming that she filed as a precautionary measure to get him out of that mental state.

Tony’s net worth is approximately $3 million basically from his MMA career. He was paid $0.5 million on his victory against Kevin Lee for the interim heavy lightweight championship. Tony also earns from his sponsorships and the night bonuses after his performances.

O. J. Howard Net Worth: How Rich is the NFL Player Actually?